Christian Thalmann Posts: 1,775
November 2014 in Type Design Critiques
As I posted on Typophile, this Monday I had a sudden impulse to doodle an exaggerated light, contrasted, space-taking Garalde with impossibly tiny counters, long extenders and no respect for long amounts of text or small sizes. 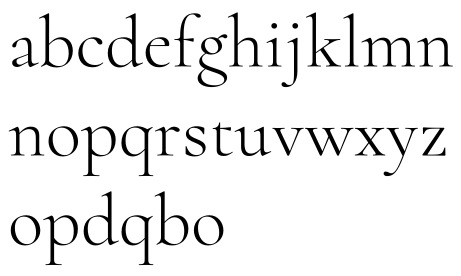