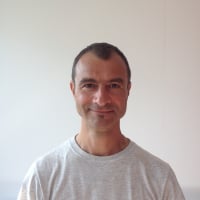 donat raetzo Posts: 17
February 28 in Type Business
Since I'm brand new to selling web fonts - I'm wondering which of the files produced when I default export fonts using FontLab 7.2 - should be sent to the client once they’ve purchased a web license.

Are print fonts (ttf or otf) necessary for a web license client?

Which files does all of you package for web licensees? Do you include printer fonts?
Do you still deliver .eot (along TTF flavoured web fonts) or only send them upon request?


Thank you for any of your help!