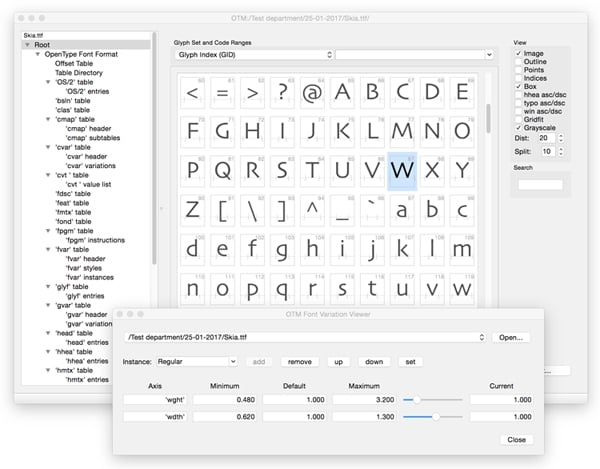 Together with its longtime (since 1991!) German partner URW++, the Dutch Type Library has organized a special hands-on session focused on the production and modiﬁcation of variable fonts at the TYPO Labs 2017 conference on the morning of Friday 7 April. Jürgen Willrodt will demonstrate how to prepare and modify already existing fonts for the production of OpenType Variation fonts , i.e., making all glyphs isomorphic and how to create variable fonts using FoundryMaster (the successor of FontMaster), and ﬁnally proofing and modifying OT Variation fonts with OTMaster. 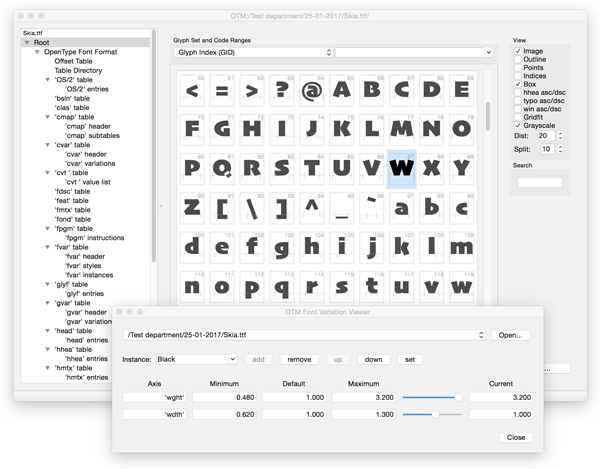 Currently the version of OTMaster that is under development supports OT Variation fonts as follows:

– One can list and view the‘fvar’, ‘STAT’ and ‘gvar’ tables.
– One can add additional predeﬁned instances in the ‘fvar’ table.
– There is a ‘variation viewer’, which has sliders for all available axes. Moving the sliders will immediately change the glyphs displayed in the ‘font viewer’ or in the editing window. The ‘variation viewer’ can be used to add, modify, or delete instances for the font.
– The ‘side-by-side’ viewer has an option to show all defined instances (of course, this only make sense for fonts with a relatively limited number of instances, such as Skia). 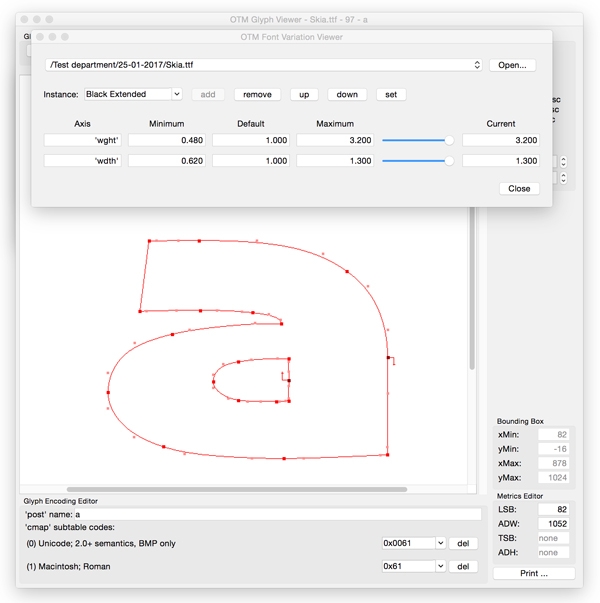