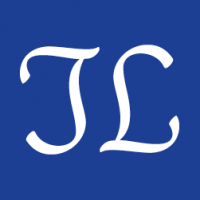 Joshua Langman Posts: 57
April 2021 edited April 2021 in Technique and Theory
Dear TypeDrawers community,
I feel so privileged to be a member of this community, even though I do not design type — I only use it. More than once I’ve seen comments from type designers about the lack of direct feedback from the people who use their creations. It occurred to me that I might be in a position to provide some feedback, as a book designer, about the features that I would most like to see in text typefaces. For context, most of the text that I typeset is either literary or scholarly. I tend to work in a classical idiom, though I will sometimes take a more contemporary design approach.
Here, for whatever is may be worth, is my unofficial and unsolicited wish list — consider this to be something like my inner monologue when I am typesetting a book. I will omit the various mental expressions of “Gosh, that typeface is beautiful! Look at that pilcrow!” and the like, and focus only on my gripes. This thread was inspired in part by a recent thread about what characters compositors want to have included in fonts, but not everything below is relevant to that.
JL’s completely unasked-for but possibly informative typographic wishlist
I wish that italic text faces included roman delimiters (parens, brackets, braces) as a stylistic set. I almost always use roman delimiters in italic text, automating this with GREP styles, but then I have to kern them manually. If they were built into the font as a stylistic set, the type designer could include kerning.
I wish that more text faces included Unicode “mathematical angle brackets” — which is to say, proper tall angle brackets that match the other delimiters, not greater-than and less-than signs. I need them now and then — usually for textual scholarship, not math — and I always need to borrow them from another font.
I wish that more text faces included prime marks. These are very often necessary, and seldom included. My usual workaround is to borrow the quotation marks from Optima. But this cannot be automated with GREP, because the quotes are different characters, not just different fonts. And it creates encoding problems for electronic text.
I often wish that parens and brackets were less wimpy. I sometimes borrow delimiters from another font because most of them are too small or light for my taste, and they are spaced/kerned far too close to the text within them. I prefer delimiters to take up the full ascender/descender height, so that lowercase letters are vertically centered within their space. I almost always need to kern delimiters to add space inside them.
I wish that : ; ! ? had larger left sidebearings. Traditionally these punctuation marks are spaced more loosely than the period and comma, but in most modern fonts they are not. (A good example of a modern font that preserves this is the custom Cheltenham used on the NYT website.) Again, I do this with GREP.
I wish that superscript numbers were always proportional. In many faces they are tabular only, which often disqualifies a font, or at least its superscripts, for my use. If a superscript 11 looks more widely spaced than a 22, that presents a problem that cannot be easily solved in InDesign (because an individual superscript note number cannot be adjusted manually).
I wish that em dashes always kerned to create an unbroken rule for bibliographies, etc., even when the dash is designed to be shorter than an em and have sidebearings.
I wish that the copyright symbol was vertically centered on the small cap height, so that the “C” rested on the baseline and the circle descended. Same for phonomark.
I wish that the prebuilt ellipsis character had slightly wider spaces between the dots. Although I usually build my own ellipses, having a more usable single character would be nice for web design and other circumstances where it’s not practical to build my own.
I wish that the italic ampersand were provided as an alternate or stylistic set in the roman font.
I wish that roman superscript numbers were provided as a stylistic set in the italic font, and kerned appropriately. Even in italic text, note numbers are usually roman.
I will very likely think of more items to add later. I hope that this might spark some interesting discussion and maybe provide a bit of information for designers of text faces about how this particular typesetter — who is, in all likelihood, not representative of other typesetters — expects or prefers text faces to work.
With respect and appreciation,
Josh
21
«1234»