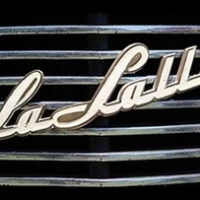 JDBarry Posts: 6
July 5 in Type Design Critiques
I call this one "Bulletin Regular". It's a sans serif design. Since it's reminiscent of the white-on-black plastic engraved nameplates used on industrial and research apparatus control panels perhaps 70-75 years ago, when The Bulletin of the Atomic Scientists was first published, the name is a nod to that publication and that era. Here also is a PDF proof. Not sure what might be desirable in the way of an image, so I skipped that pending further clarification.
This isn't intended for great amounts of texts. Rather, given its background, I'd say its only real use would be as a display font with some sort of retro / period graphics.
By the way, this is my first time going public with anything of this sort.
Alphabet_Proof_Sample bulletin regular.pdf 47.6K
0