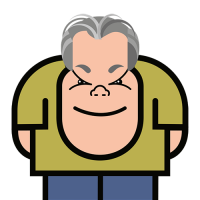 Fernando Haro Posts: 10
November 2018 in Type Design Critiques
Hello, I am a self-taught typographic designer, I have been working hard and only for several years, in the design of fonts, until now little by little I have learned from my own mistakes without further help. I would like to receive criticism, suggestions, comments, etc. to help me improve my fonts. Thank you
Secuela is my new Variable Typeface (8 standard weights), Sans serif and condensed (Regular & Italics) with SIL Open Font license, of geometric construction and neo-Gothic style with short descenders and a humanistic finish in the curves to avoid the coldness of purely grotesque typographies, evoking a feeling of warmth and personality , which results in a friendly and very readable typography, is specially drawn for the composition of any text, signage or headlines, both for printing and for screen.
The typography has 704 glyphs (Latin Extended-A) with capital letters in small caps, advanced OpenType functions, several number set, the Bitcoin symbol and a meticulous configuration of metrics and Kerning. 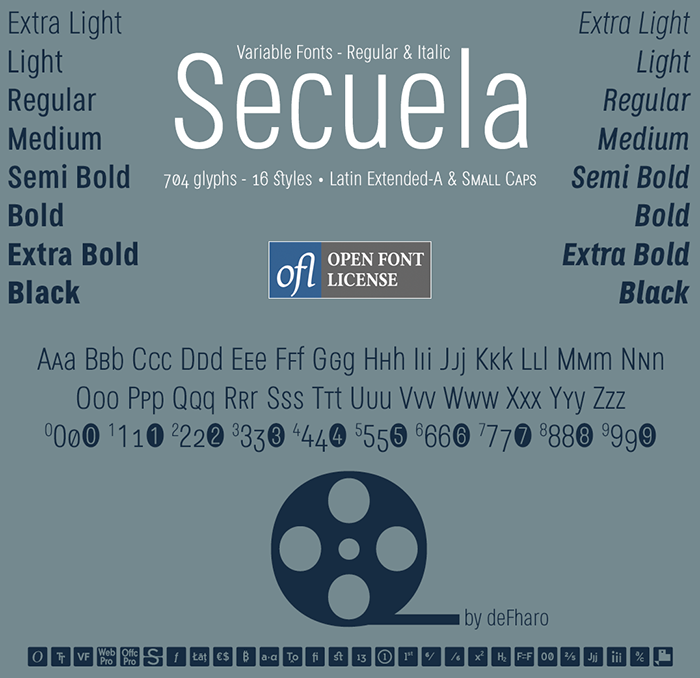