Wei Huang Posts: 96
March 2016 edited March 2016 in History of Typography
Here's another post from me looking for obscure knowledge.
Does anyone know the story behind Edwin W. Shaar's Imperial and Gazette? All I could find is this on Luc Devroye's page about him:

1954: Imperial (+Bold, +Italic), done at Intertype, and called Gazetteby Linotype in 1977. The New York Times uses Imperial for its text since 1967, but it is based on in-house scans of the old metal Imperial (an Intertype design from 1954), not on the digital versions from Intertype or Linotype. The typophiles discuss Imperial: Kent Lew states The New York Times text is Imperial. Has been for at least the last several years. Koppa points out that the NY Times Imperial designed by Intertype looks like an ATF Century Old Style rip-off. [...] I will stick with my opinion that the original, the metal Century Old Style, credited to M Benton, is better than the copy-cat Intertype Imperial and most definitely better than the copy-cat digital Imperial I saw on myfonts.com last night. Bitstream made a digital version ofImperial. Mac McGrew: Imperial was designed by Edwin W. Shaar in 1954 as a newspaper text face. Like most other news faces it has a large x-height with short descenders. but unlike most news faces of the time, it blends certain oldstyle and contemporary characteristics, and is a little narrower and more closely fitted. This gives a feeling of friendliness and warmth, but retains a high degree of legibility.

Looks like Gazette spacing is tighter and some glyphs are the result of spacing restrictions? 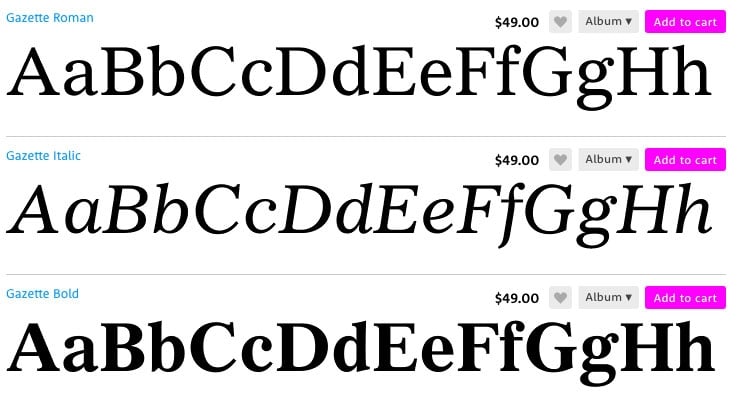 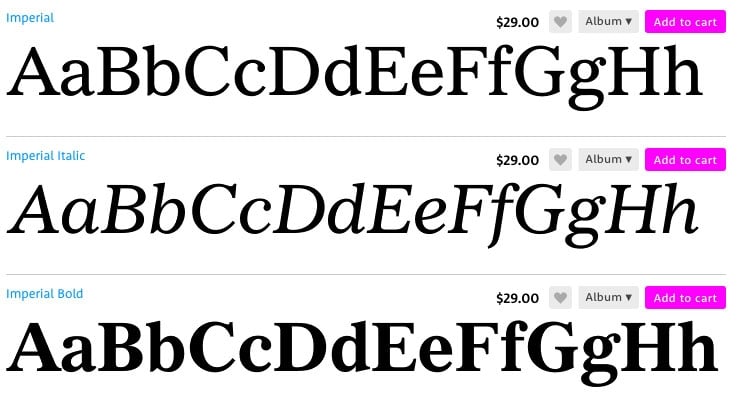