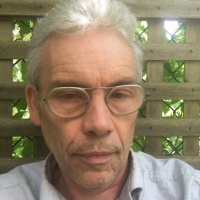 This I found this note taped to the back of a picture from one of my family's photo albums.

My question: Were there typewriters that could type accents? It must have been very tedious to stop and reposition the platen very carefully for each accent. There are a lot of accented character is latin based scripts... Which would make for some pretty sophisticated machines or some very frustrated typists.

This note would have been typed in North America. Likely in Vancouver or Seattle. I'd hope a Norwegian in Norway would not have to go go to such pains to type an accented character. Halvard is here in case you are curious.
Tagged:
2