Can you help me with my super picky typeface search? 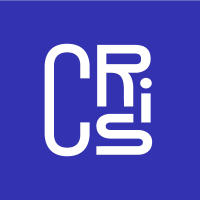 Cristóbal Alarcón Posts: 72
June 29 edited June 29 in Resources
Hey guys! I've been extensively searching for a sans typeface that's comfortable to read on screens for text sizes. I did find my holy grail... sort of, It would be Hind. The thing is that it doesn't have italics, and that's what's driving me crazy.
Hind is the most comfortable to read — for screens — for me because of its slightly heavier regular weight compared to others, tight kerning, defined word spacing, and slightly rectangular letterforms that don't draw attention but are good enough to be recognizable. But it's messing with me that it doesn't has italic fonts!
I've been searching literally EVERYWHERE for a typeface that looks as good as this one. I've compared it to almost any typeface you can think of, really. From the most popular ones in google fonts / fontshare / myfonts / fontsquirrel / 1001 fonts / fontspring / paratype to more independent and obscure findings in the already mentioned websites and official foundries websites. The only one I haven't searched as extensively would be MyFonts.
The only one that's similar to Hind is Segoe UI, which I love that it has true italics, but it's a bit lighter in its regular weight, making it harder to read (besides that, I can't purchase its license). But there are a few others that almost gave me the same super-good reading experience but not quite for different reasons:
And that's it. Probably from almost the thousand typefaces I tested those five gave the reading experience I'm looking for.
Now, feeling defeated, I come here asking for your help. Do you know any typefaces that come close to what I'm talking about?
In summary, one that looks like Segoe UI/Hind, has ligatures and true italics. All suggestions are welcome! But keep in mind that I might already have tested and discarded the one you mentioned.
Specifics of what I'm looking for; it should have tighter kerning, slightly condensed letter forms, a slightly heavier regular weight for easier reading (around these values to be more precise), screen reading, open counters, fi fl ff ligatures (the more the better), slight high x-height, true italics, and bold and regular weights as a minimum.
I know, my god. It's a super picky choice. Still, any outside help from now on is greatly appreciated. Did I set myself impossible standards?
Tagged:
0