The origins of letter-spaced justification 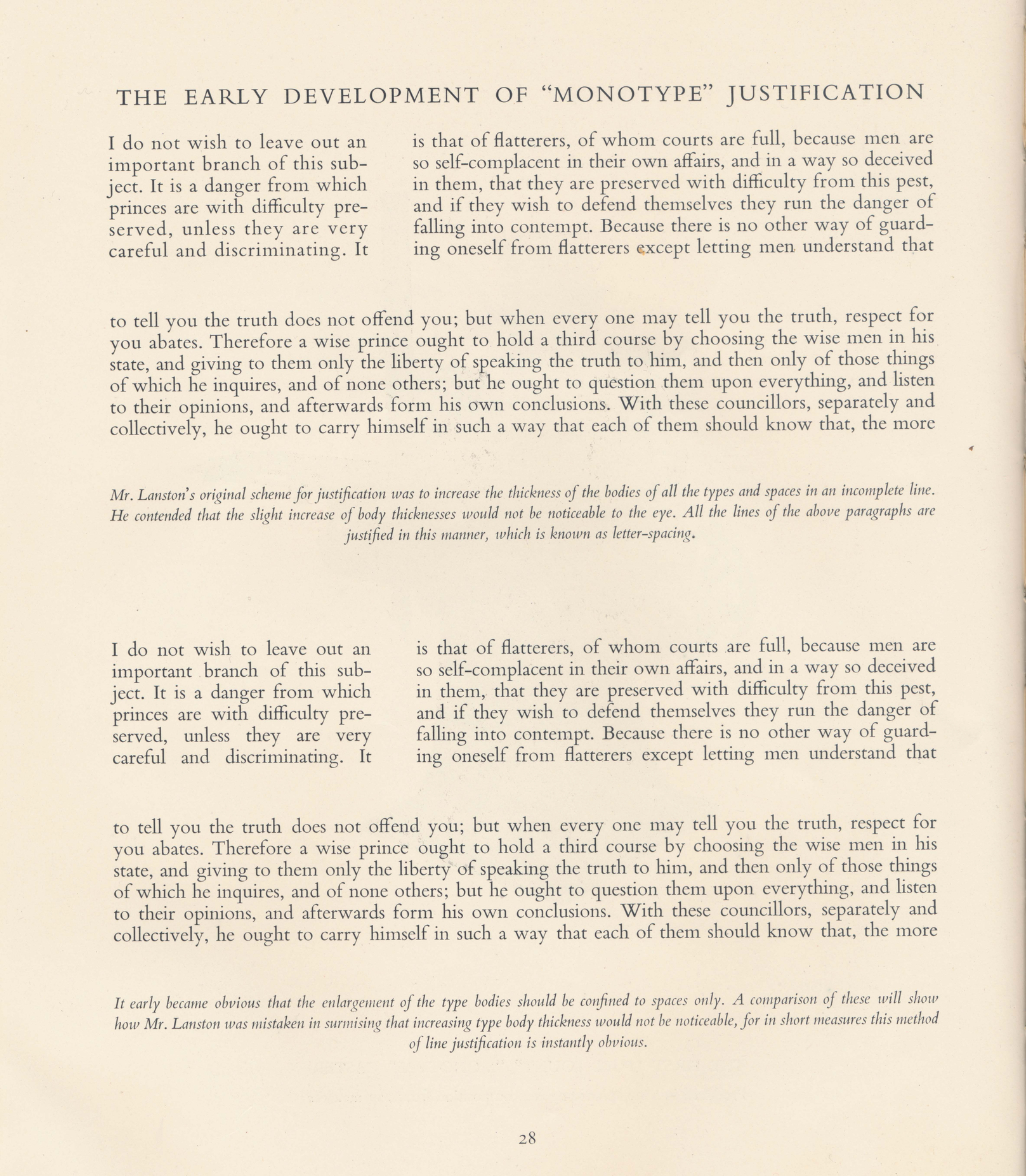 I’ve mentioned this item before, but don’t recall posting the text, which I recently came across while rummaging through the Shinnstitute library, so here ’tis.

Quark XPress changed the game digitally, by presenting “H&J” options, with the default being justification by letter-space.
But I wonder if any other typesetting systems had done that previously?

In 1932, it was considered a self-evident mistake: “It early became obvious that the enlargement of type bodies should be confined to spaces only.” However, looking at the comparison here (especially for the narrow column), that might not be so obvious today, 30+ years into the digital paradigm.
Tagged:
0