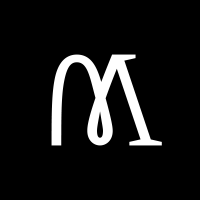 Shortly: In Photoshop and Illustrator CC 2020, I cannot paste combined characters (or insert precomposed from Glyphs panel) that not defined by Unicode, such as Jacute, N_dieresiscomb, N_macroncomb, etc.

I check it on my test font file and on other system fonts. The same time everything works correct in TextEdit, InDesign, and web browsers (in a contenteditable div). The problem is only in Illustrator and Photoshop. First what i think is the ccmp feature can be the problem, so I check the test font file with and without ccmp (many to one substitution that looks like sub N dieresiscomb by N_dieresiscomb;).

Second test without the ccmp feature:

1. Nothing changed, I still cannot paste combined N̈.
2. Again, dieresis appears only after second insertion after N, but now it's not precomposed and appears in wrong position (as expected without ccmp).
3. I can finally insert N_dieresiscomb glyph directly from the Glyphs panel.

I also tried move the rules to the liga, but nothing changed and that works exactly the same as ccmp. The same time I can insert any ligatures from Glyphs panel without any problems, and this is strange because substitution rules are the same – many to one. What the difference for the application between N_dieresiscomb and s_t, for example? The both looks and encoded as ligatures, but works not the same way.

I didn't find any problems with combined characters that have unicode value. So, looks like the problem only with some combined characters that not defined by Unicode and how Photoshop and Illustrator implement them. I also check other system fonts and all the fonts on preview show the letter followed by combined mark, but text line show the letter only (example with the Times):

Is it a known issue? And is it related to specific AI and PS version?
Tagged:
0