peggo (Pedro González) Posts: 60
March 2021 in Type Design Critiques
Hi guys, after few years without putting any project under public judgment, so here I decide to post this old one that I started to draw in 2013 and keep developing it from time to time until these days.
As a real fan of the Capital Roman model (as in typographic and calligraphic form) I focus my attention on the classical "Capitalis Monumentalis" proportion scheme. 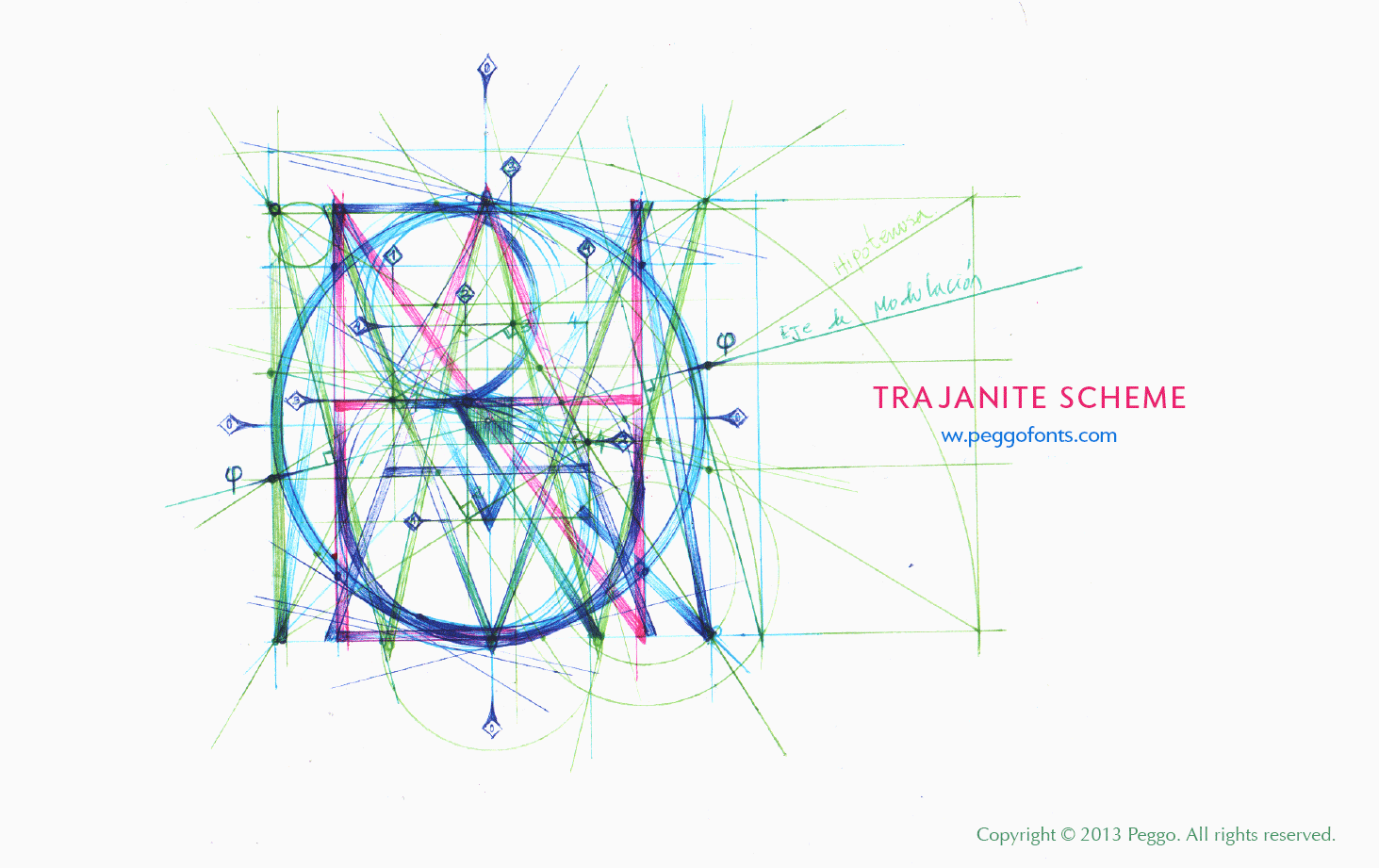 Then I translate this handmade drawing into a digital vector version, in order to get a more accurate idea about the resulting letter shapes. 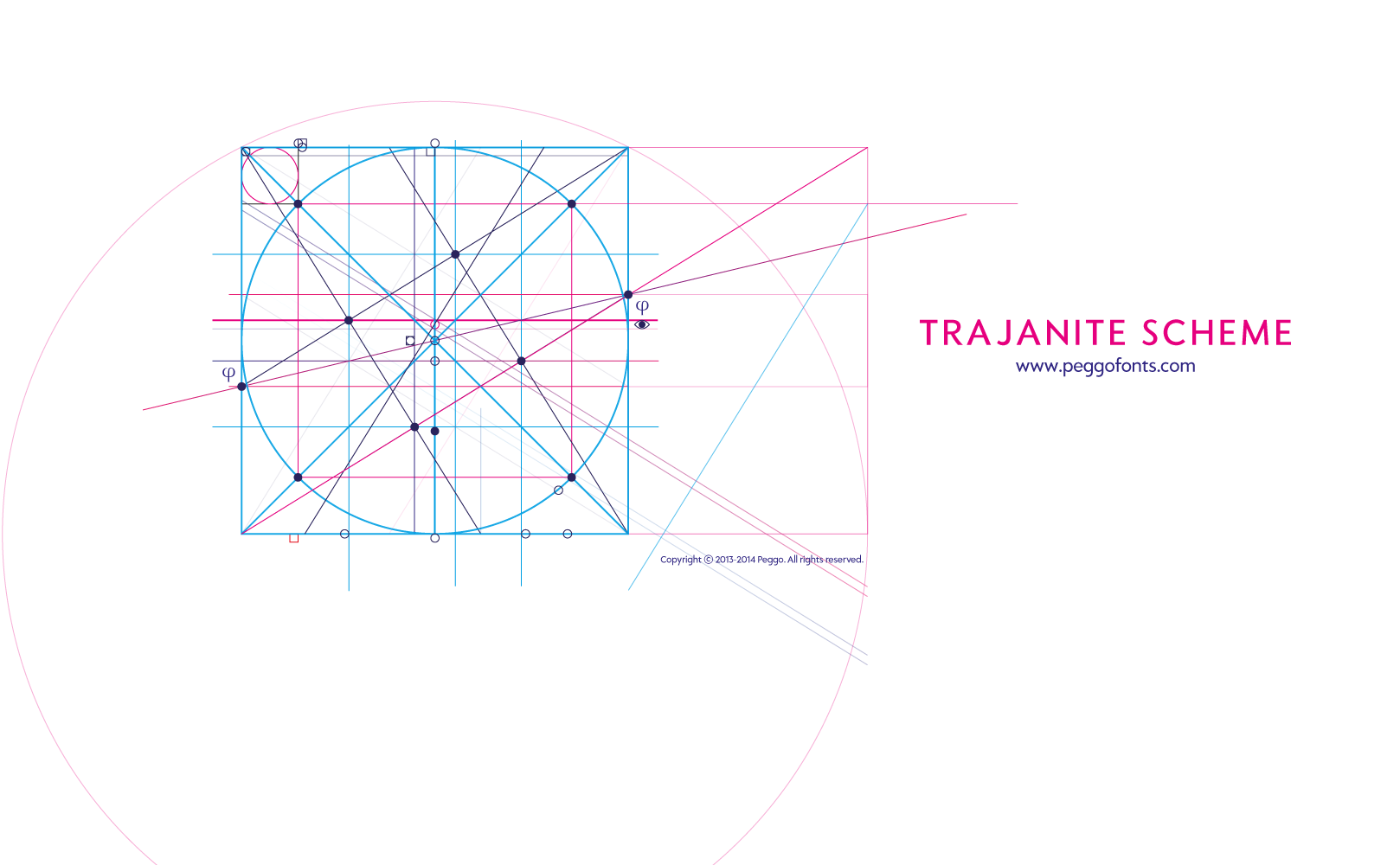 After this geometric mess, I tried to find every letterform out of it. 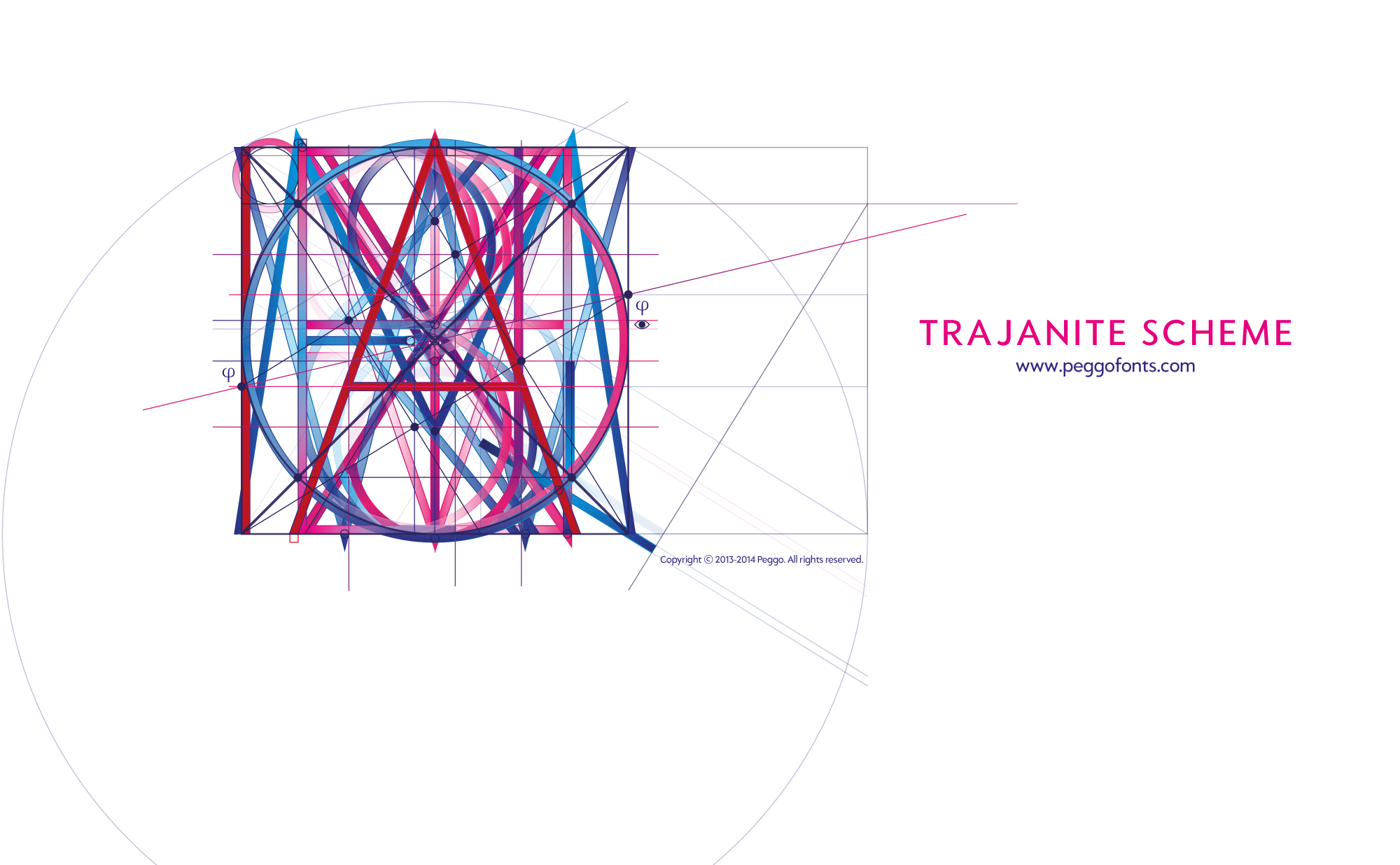 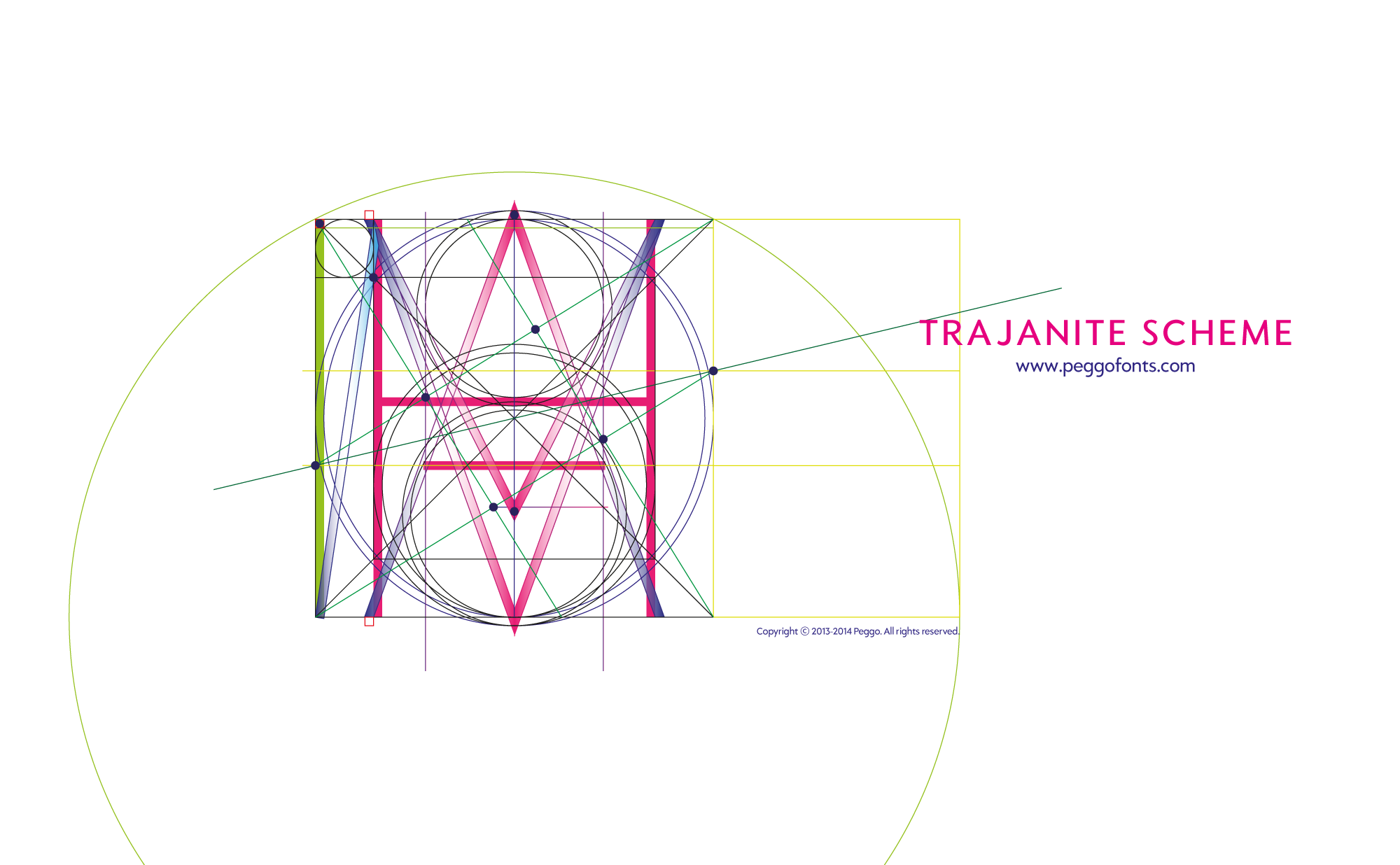 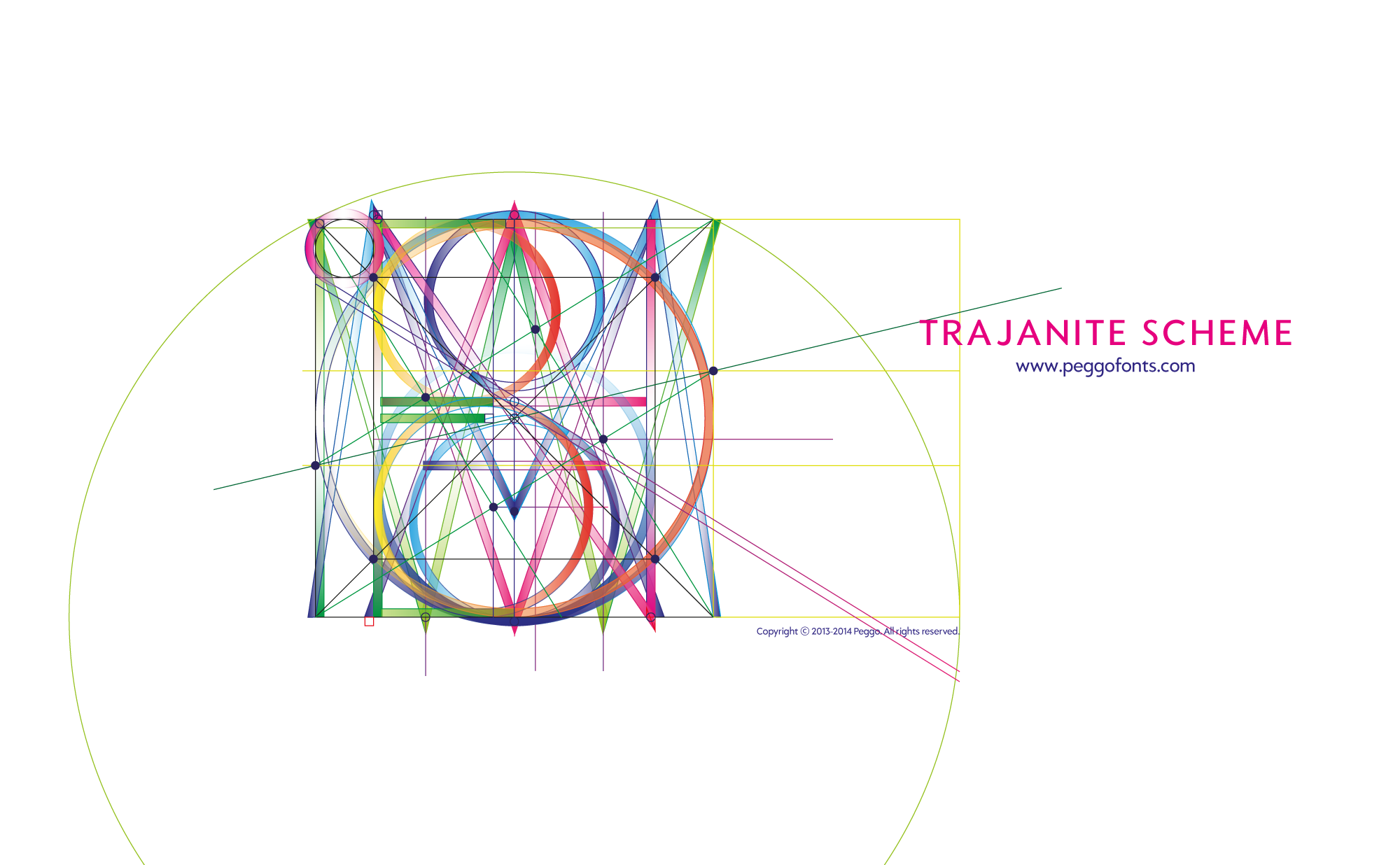 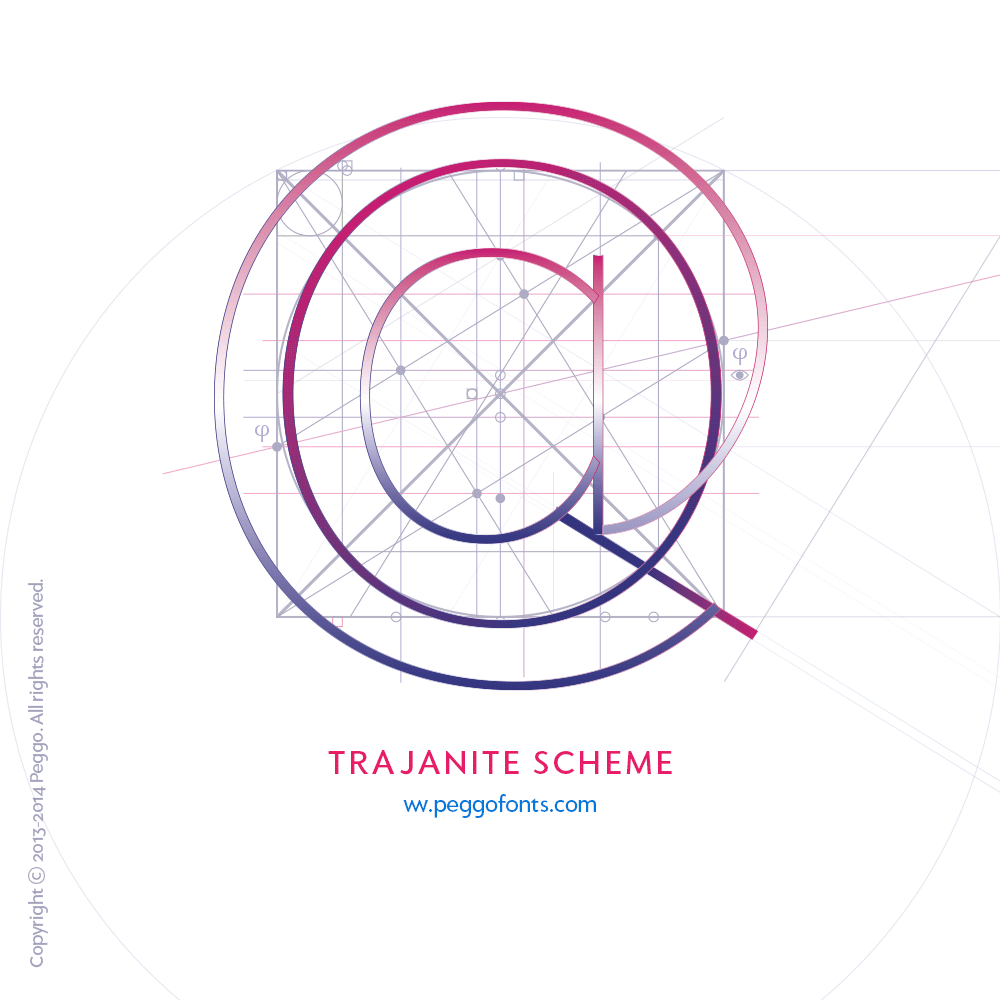 Then I get a rough first idea of how it looks the whole alphabet. 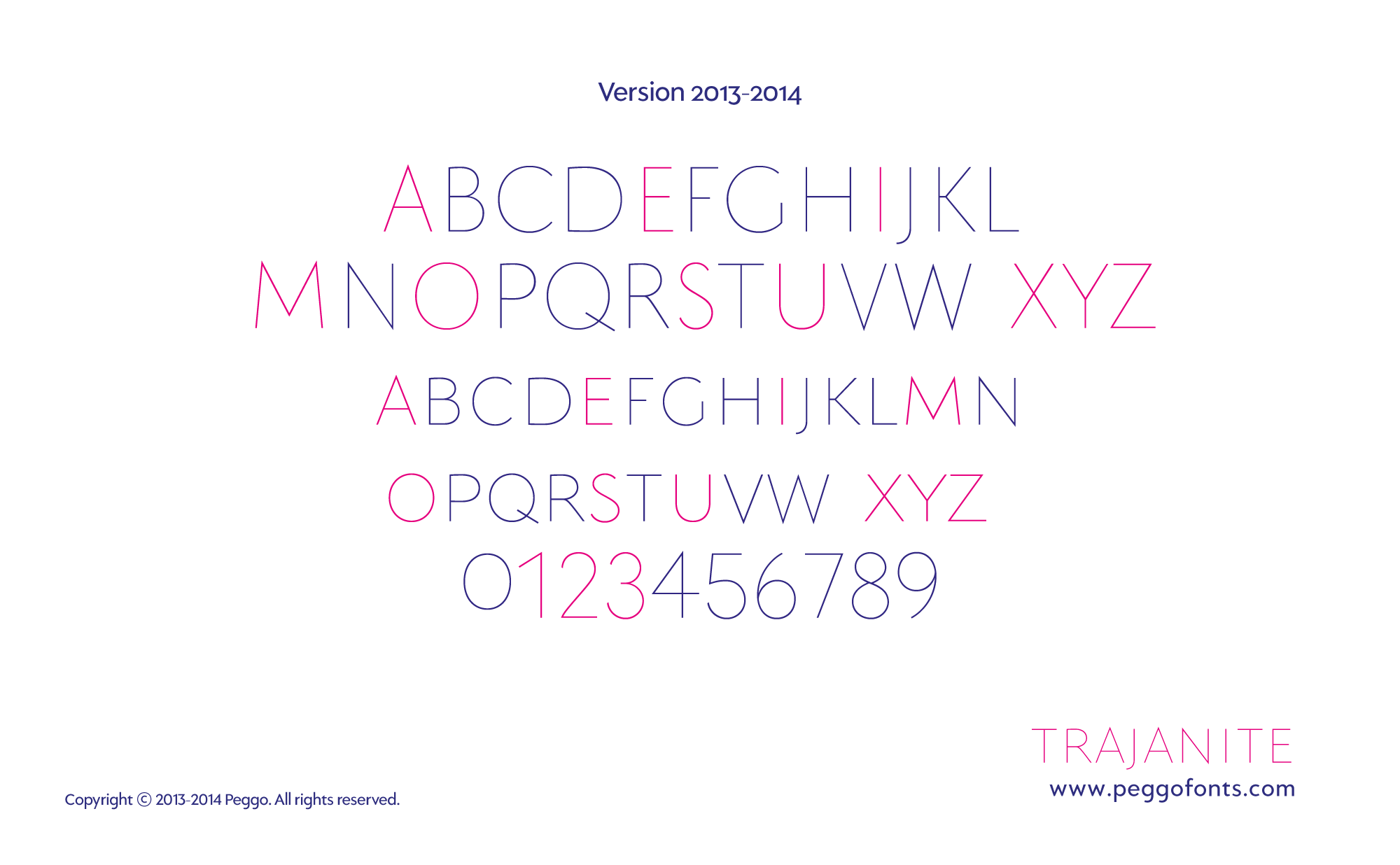 Then the current 2021 version is now quite different and less mathematically geometric to be a more optically balanced. 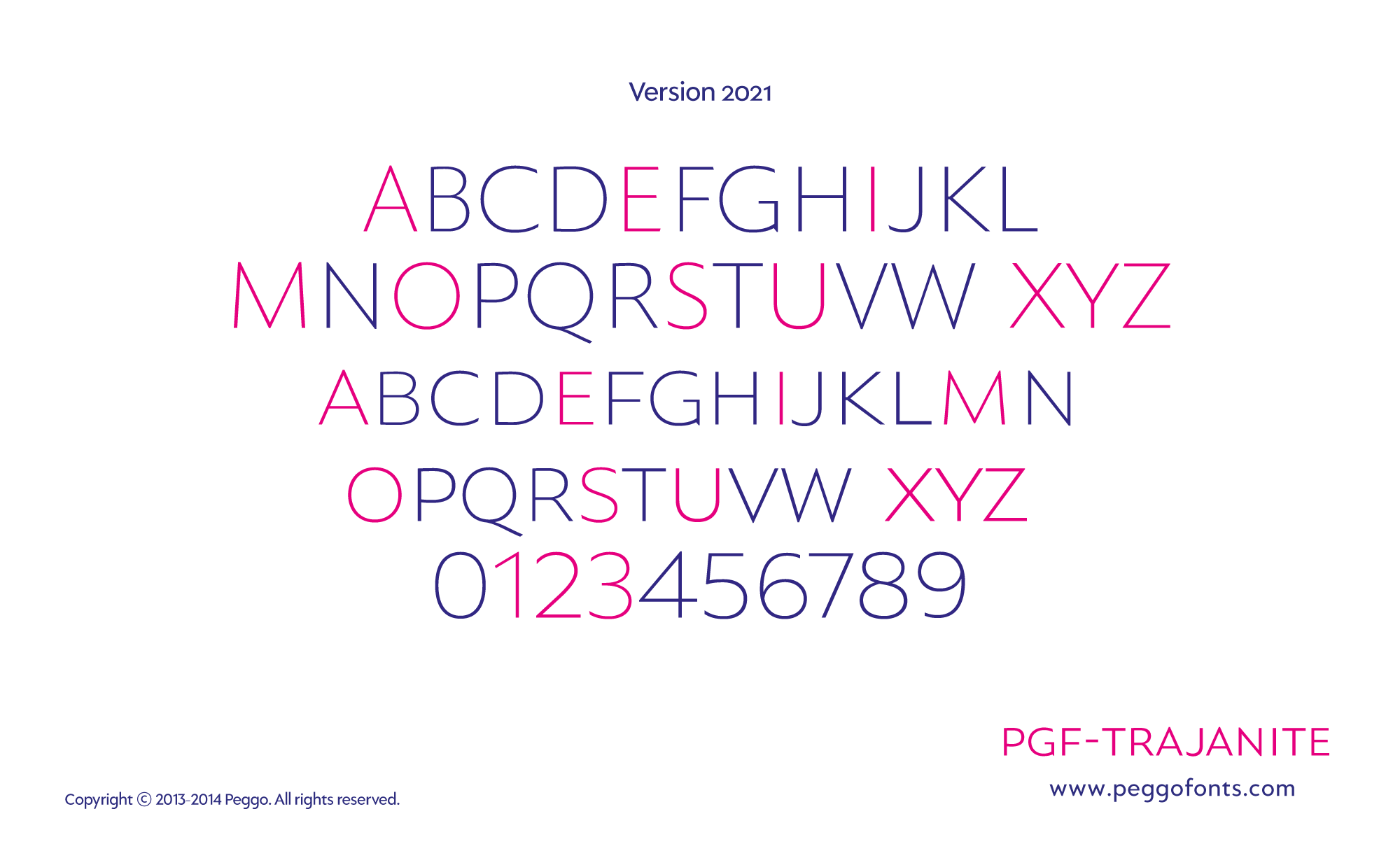 Then I simplify the scheme structure in order to start the lower case design process and decide a harmonic proportion for them. 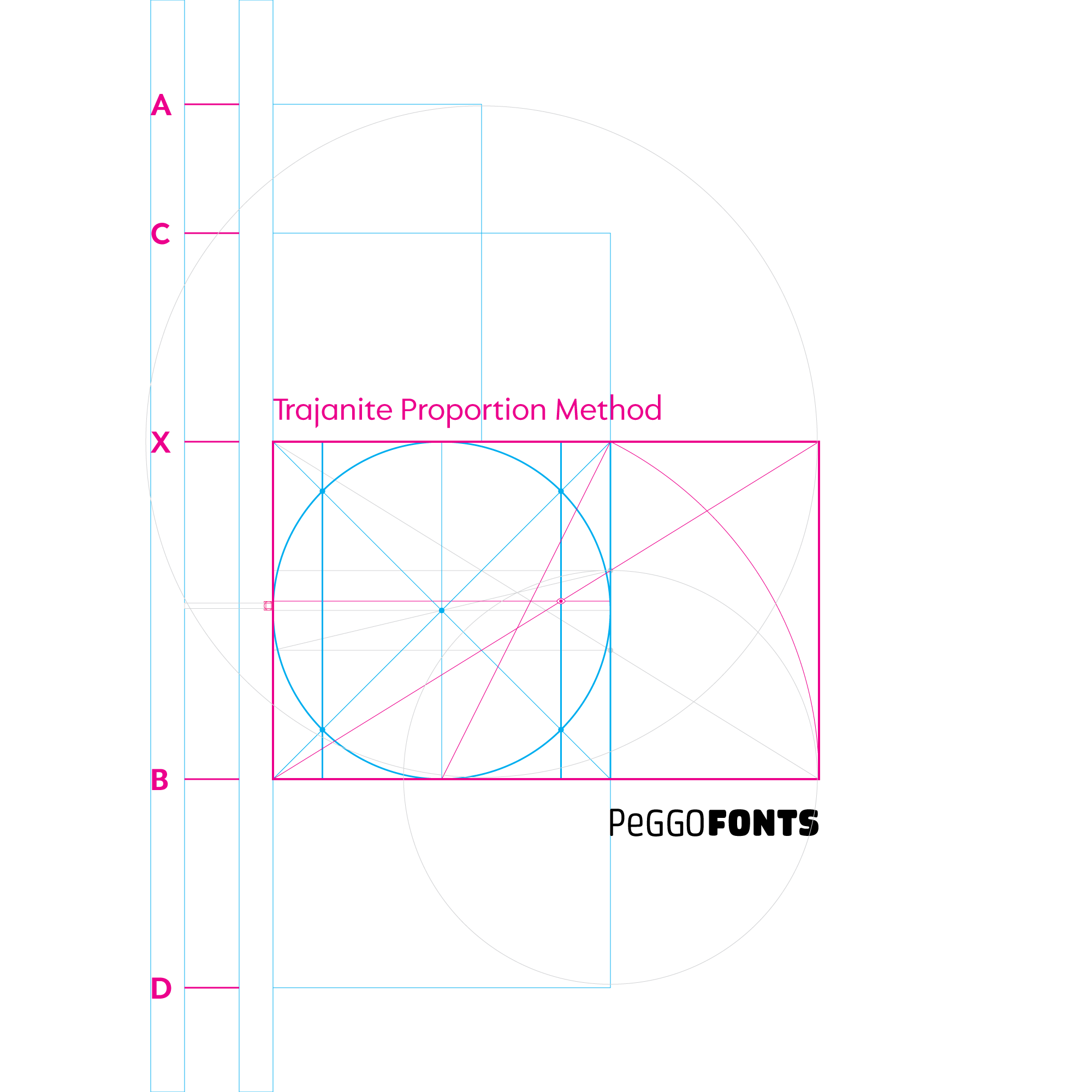 I will post more images about the design progress in a while.
You can check closer details on the attached PDF below.
Trajanite_old&new.pdf 428.4K
Tagged:
2