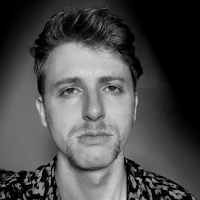 Matthijs Herzberg Posts: 98
March 3 edited March 5 in Type Business
This is sure to inflame, but don't shoot the messenger! My friend just sent me <EDITED BY MODERATORS>, some artsy fartsy avant garde digital publishing. It lets you type in any website, and will download the webfonts for you instantly.<EDITED BY MODERATORS>, explaining the why and how of the tool, as well as explaining font licensing in general and the morality behind it all.
I personally find their justifications pretty half-baked--most foundries offer trial fonts as well as student discounts. And obviously there's a huge difference between pirating photoshop and pirating a font from an independent foundry. To say that the latter is a necessary creative tool for younglings as a justification for this click-and-go pirating app doesn't sound like a well thought-out argument to me.
Anyway, I figured you fine folks would at least like to know about this, and I also welcome your opinions.
Final question...I noticed some foundry websites have their fonts protected from this tool. How do I guard my woff2's from being snatched like this? Is it basic CSS/HTML or is there more to it?
Tagged:
2
«1234»