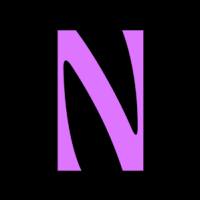 Noah Bromberg Posts: 11
July 2 in History of Typography
Type-design-wise, Ismar David is obviously best known for his David Hebrew family, but he also drew several other typefaces for Photo-Lettering during his time in New York. From what I could piece together, there are five of these: David Classic, David Informal, David Humanistic, and Inscripta (all Latin), and David Siddur (Hebrew).

Nonpareil Type, who revived David Hadash, appear to have also digitized David Classic. But the only direct source I can find for that is this PDF specimen. This doesn't list David Hadash, so perhaps Classic was removed from their library once Hadash had been completed? To add to the confusion, Luc Devroye credits them with a version of Inscripta but not Classic.

If anyone has any knowledge about which of these have been digitized or where more complete/high quality specimens could be found, it would be greatly appreciated! Attached are the best specimens I could get of Informal, Humanistic, Inscripta, and Siddur.
davidinformal.jpg 146.1K
davidhumanistic.png 28.1K
inscripta.png 27.2K
davidsiddur.png 19.4K
Tagged:
0