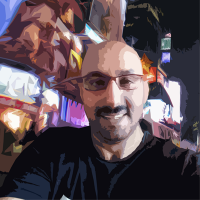 Kaled Mana Posts: 34
February 2020 in Job Postings
Raqeem font system
I want to make an Arabic font file and the main thing should know is that I need to change Arabic font from low logic to high logic as English style. I want to change from the fourth position of the classic Arabic font which is.
1. Isolated
2. Initial
3. Medial
4. Final
These four positions of letters in Arabic classic fonts in words so, we have 4 designs for each letter for all Arabic letters in the classic Arabic font. In Raqeem new system glyphs created by me, there are only two positions upper and lower cases like English that require to delete two positions from the classic one and use the keyboard Caps lock button to switch from upper to lower or vice versa.
Shortcode combination.
There are six letters that require shortcodes keyboard combinations to get it.
I looking for an expert who can build new keyboard layout and font files with four format
1- .ttf
2- .otf
3- .woff
4- .woff2
You can see my creation glyphs on my twitter post here:
https://twitter.com/Kaledm74/status/1216698924926410752
Tagged:
0
«12»