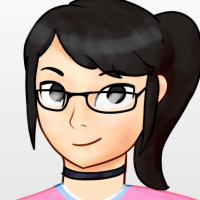 Evie S. Posts: 59
January 8 in Type Design Critiques
Hi!
I've not been active on this forum much, and for good reason — I hadn't been making much for the past few years. Recently my interest has been spiked by various things - my favorite band having 2 custom fonts, maybe. Anyways, this is a sort of a "revival" of one of my later Fontstruct fonts. It isn't that special of a slab serif, but I haven't seen a font with the sort-of ball terminals on letters such as /a here. Spacing is temporary - played around with HTLetterspacer, and I'm not so sure about some letters, so I'd like some feedback before I flesh this out into a full font.