Oliver Weiss (Walden Font Co.) Posts: 44
August 2019 in History of Typography
Hello,
I'm in the process of reviving "Fafner", an angular Art Nouveau typeface issued by Schelter  & Giesecke. It appears in my 1912 Hauptprobe (see attachments), but may have been issued earlier.  The two samples below provide me with most of the characters, I'm only missing F, J, Q, X, Y, j, p, q, x, y. Would anybody have any material that shows at least some of these glyphs?
Thanks!
Oliver 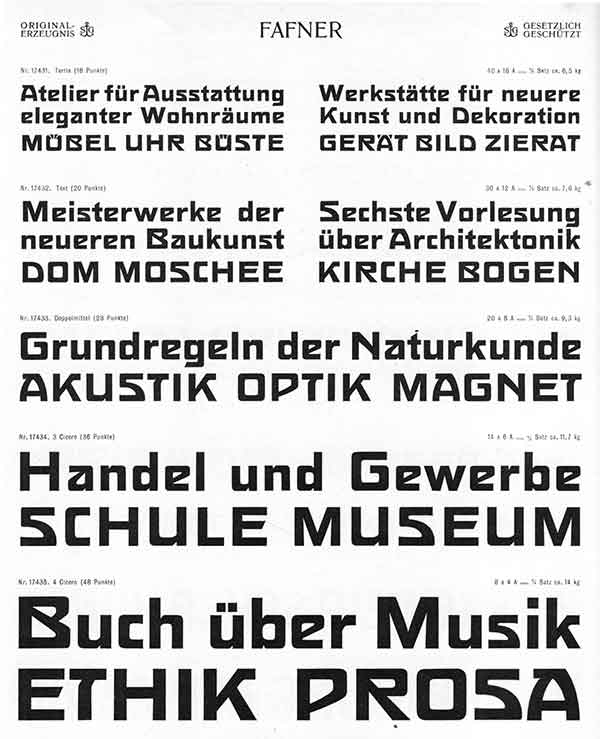 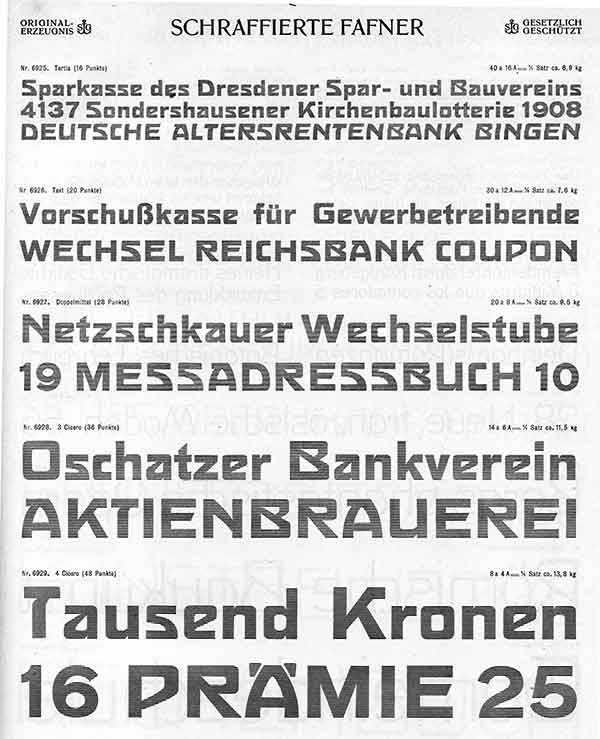