Too much tracking in Google Material Design?

J Brian Crain Posts: 4
May 2019 edited May 2019 in Technique and Theory
I am currently working on an enterprise-scale web app and my team lead is wanting to follow Google's Material Design System verbatim. I think the Material system is a good starting point, but there is one specific typographic guideline that doesn't sit right with me, and I need to "prove" that we need to make an adjustment.

So in Material's type guide they offer this type system. For the most part, I think it works pretty well, but there are several instances where I think way too much tracking is added. Specifically, for Body 1, it is specified as 0.5 for letter spacing (tracking). I'm not sure the exact dimension tied to that, but it's the measurement used in Sketch. Below is a mockup showing Roboto 16 px text set with the Material tracking dimension (0.5) on the left and no additional tracking on the right. 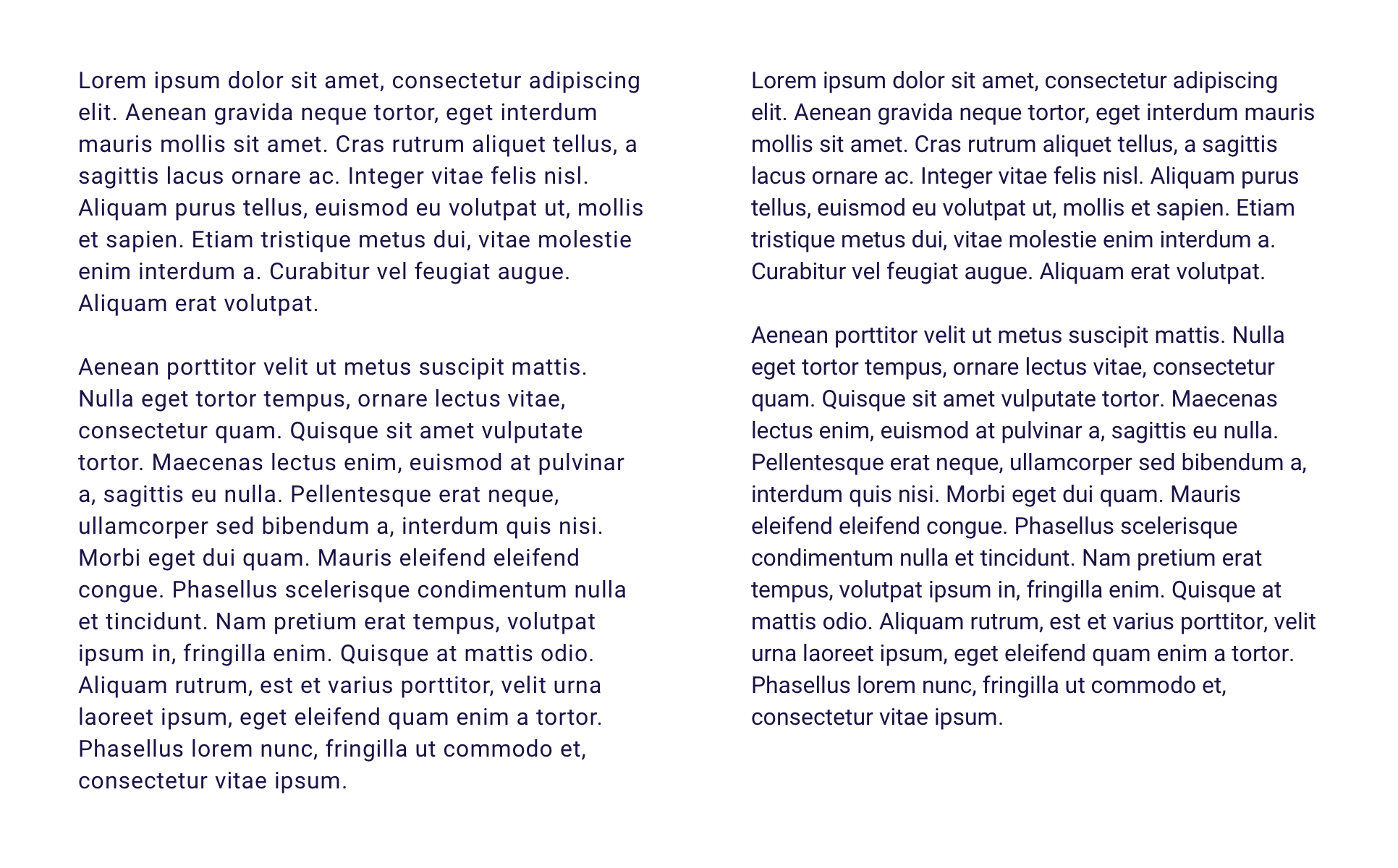 Edit: Screenshot is displayed smaller than actual size, so be sure to click on it for viewing at actual size.

In my experience the Material tracking is way too spaced out. You could drive a few small barges up through there. No tracking appears to be best to me. Additionally, my understanding of adding tracking to sentence case text is only when it’s at very small sizes. This does not seem like a very small size — especially since it’s their recommended size for body copy.

So to sum up my questions: