Getting the slant right

Simon Cozens Posts: 445
April 2019 in Type Design Critiques
This is a bit of a mess-about project (I'm calling it Plastic Wrap) but I can't seem to get it looking how I want - I keep slanting some of the letters backwards and forwards to try to get them to visually agree but I can't tell if I have it right or not. For example, in my perception, the tail of the /q looks more upright than the /l, even though they are parallel. Similarly for /u/l. I don't know if it's a matter of making corrections for longer slanted lines versus shorter slanted ones, but I am struggling to work out how to do it without bringing the whole system crashing down. 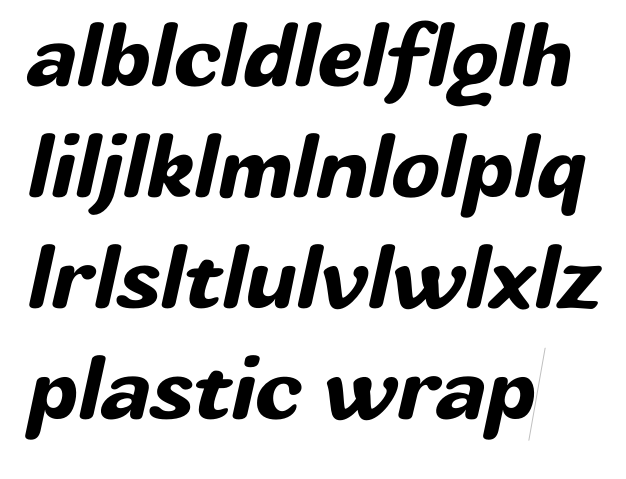 Any other advice would be appreciated too, of course. (I know that I need to kill that darling of a /g. But it's so fun.)
0