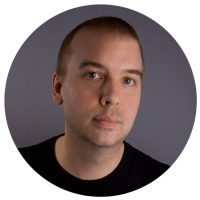 Jess Latham Posts: 26
January 2017 in Technique and Theory
I would like to add some texture to some of my existing brush fonts. I'm wondering how designers deal with the beziers in this case. It's a lot of points and finding things like overlaps and twists is almost impossible. The file size is also a big issue. Looking at some of the highly detailed and textured fonts that have been recently released, makes me wonder if these fonts might cause issues like crashing software, printer problems. Also, what's the best way to autotrace? Any tips or opinions? Thanks for any help!