I'm working on a rough idea I had a while back for a condensed slab serif display, something that has a bit of a solid, masculine feel to it, but also a little antique and rugged. There's no real purpose for it yet other than it being an exercise for me to get back on the type design saddle again, after having yet another long break from it! But I hope to eventually expand it into a full Latin alphabet set.

These are the only letters I've drafted so far after a half day's work, and the lowercase /g/ is really just an idea i'm tossing around at the moment, and I may make it an alternate if it's too distracting. I wonder if the sharp barb on the tail of the /g/ is a bit too jarring, or if that sets a nice point of difference in the design.

One thing I'm making heavy use of in Glyphs 2 is the smart components feature, where you can quickly make up serifs that can be adjusted across the entire design, and "morph" other things like the shapes of the shoulders of the /n/ vs /m/ fairly rapidly. It's a pretty incredible time saver I have to say.

Anyway I'd be keen to hear anyone's thoughts and suggest anything that could be improved on a bit more as I continue developing it! 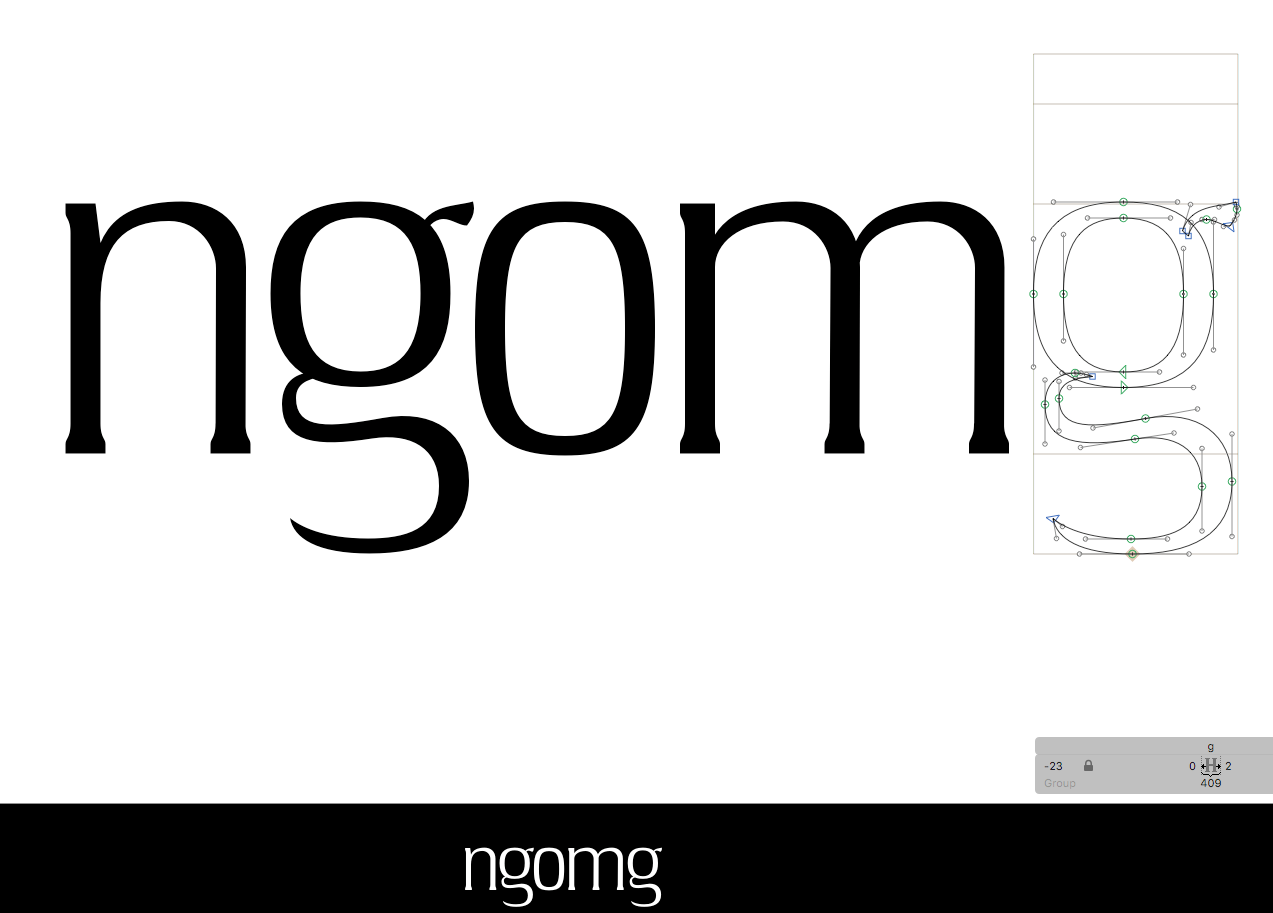 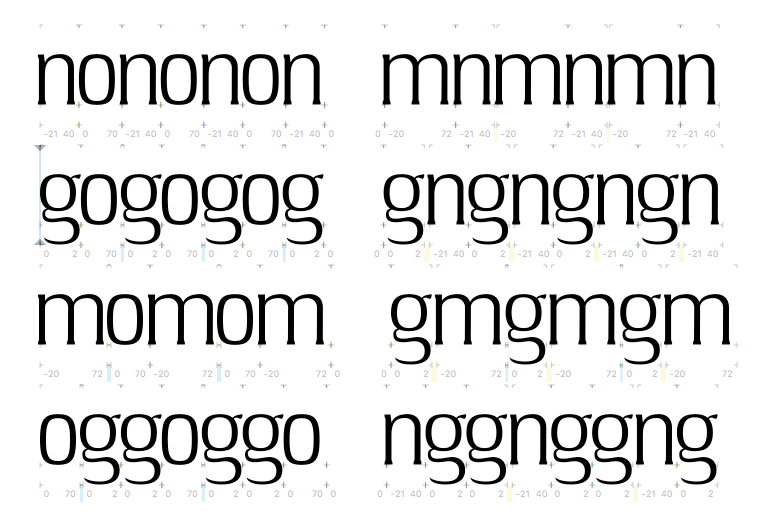