Aditya Bayu Posts: 5
May 2015 edited May 2015 in Type Design Critiques
Hi TypeDrawers, this is my first post and one of my first font so let me give a little background.

I'm a self-taught typeface designer from Indonesia. My works are previously focused on fonts for traditional Indonesian scripts, and it's only recently that I've started to make latin typefaces. Hence, I seek opinions on my recent sans font.

Tantular is a humanist sans-serif that sought to create a harmonious style for aesthetically very diverse scripts: Latin, Balinese, Batak, Bugis, and Kawi. My goal to create a legible body text type for all of these scripts, and in doing this, different treatment is given to each script, keeping in line with their distinct features and text formats. As of now, I'm quite content with the current shapes, but I would greatly appreciate your thoughts. 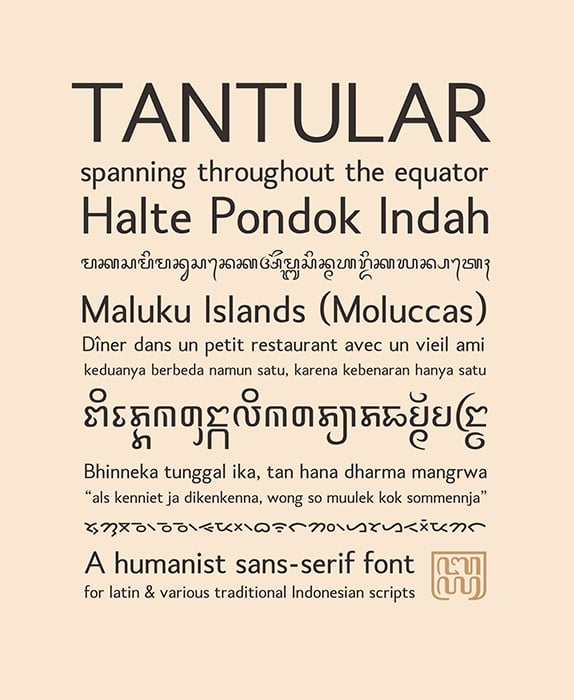