Proper way of designing the “@” symbol 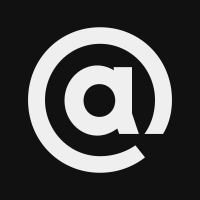 Aceler Chua Posts: 13
May 2015 in Technique and Theory
I can see there are two ways of designing the “@” symbol.

One is to let the whole symbol sit a bit lower than baseline (e.g. Proxima Nova), and another one is to have the “a” inside the symbol sit on the baseline and let the tail go further (e.g. Aktiv Grotesk).

How do you decide on which way to use? Are there any rules to follow?

Also, I saw this on Wikipedia. It's a Bulgarian translation of the Manasses Chronicle (c. 1345). Seems like the “a” was sitting on the baseline.