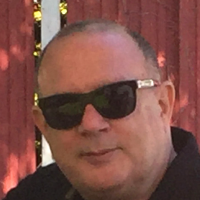 One of th authors of this piece is John Hudson, but not that @John Hudson