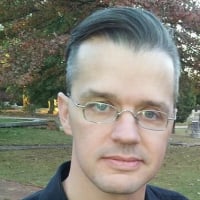 John Butler Posts: 77
January 12 in Technique and Theory
When I want to recognize a text font without looking it up, one of the first things I do is scan through copy for instances of the italic, because italics are easier to distinguish among. Am I the only one who does this? I always wonder how other folks do it. My identification skill peaked in the mid-2000s, before the number of good new designs exploded, and I don’t bother memorizing sans or script designs. These days WhatTheFont and Identifont have made me lazy.

Beyond that I have a few characters I look for in the Roman that often have distinct features, W U g etc, which I imagine most fontspotters do as well.

Any other tricks? Anything less than obvious?