Does anyone offer one-to-one Glyphs 3 tutoring? 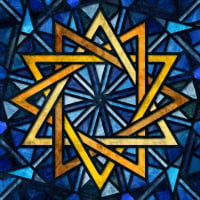 Eris Alar Posts: 403
December 2022 edited December 2022 in Type Design Software
I finally, after a decade of wanting it but never feeling confident enough to spend the money (it’s expensive here in Australia due to exchange rate) I got a copy Glyphs 3 last week. I’ve not had a chance to spend much time with it, but I did spend a couple of hours trying to understand the interface and workflow, but ended up feeling overwhelmed and dejected. I’ve found some great YouTube tutorial videos by Lynne Yun which seem to be from 2020 and aimed at her students during lockdowns. But I feel there is a large part of the theory or thinking about how the app is set up, what a good workflow could look like, what plugins are required etc that I am just missing.
I’ve tried looking over their website and their forum but their ’getting started’ content either starts further along than where I am or i can’t find it at all.
I started reading the manual. But is is dense and again, does not really seem to be aimed at people totally new to it.
My type design experience so far is: buying TypeTool (I think that was its name) back around 2008 and trying it, then around 2012 getting Glyphs Mini. Other than that I have used Adobe Illustrator for lettering. I never lasted long on the other apps, mostly because either I found it too hard to use, or these low-end options had features I wanted removed ( but it has been so long I cannot remember specifics).
I really want to try making at least a 1 weight display face I feel proud enough about to release commercially. I hope I make many more.
What I am wondering is: are there any people out there who offer one-to-one tutoring? I honestly feel too nervous to try signing up for class, plus it would have to be remote and I have not idea what exists for those options. I feel working with one person who can answer my specific questions, point me in the right direction, and be available for follow up later on if needed would be idea. Essentially someone I could pay by the house, do a video call with where I share my screen, ask my questions and they help me. I hope I would only need a few sessions as it’s mostly about the app itself and not about type design theory (unless they wanted to include it in the plan and I agree to it).
I’m feeling pretty nervous talking about it here, given most of you are industry veterans, and I had originally hoped to just work it out myself. Thanks for your time.
Tagged:
0