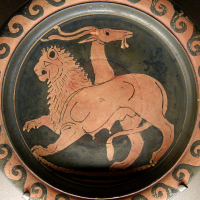 I’m trying to design a non-latinised Cyrillic typeface with lowercase letters based on cursive/skoropis letterforms, but I don’t know how to draw т (like a three-legged π), ш and ц. Like π, their horizontal strokes should extend past the vertical strokes, and ideally, I want them to have a thick horizontal stroke, because I think it makes them more legible/recognisable, and they would be consistent with 2, 5, and 7. How could I draw these letters like this? Is it even possible to draw them like that in a consistent and aesthetically-pleasing way?

I’ve tried drawing them with rounded strokes that taper towards the horizontal stroke, which looks decent but looks slightly out of place with other glyphs. In my opinion, some glyphs such as г, п (π), and т look better with a thick horizontal stroke, and do look like that in some historical sources, but ш and ц look worse with one and don’t look like that in any of those sources.