Claudio Piccinini Posts: 645
September 2022 in Font Technology
I finally purchased a new Mac, a Mac Studio with M1 Max processor, and I am still in the process of setting up all the software and moving the data from the old one. The machine came with Monterey 12.4 preinstalled.

After a few troubleshooting issues and known Monerey issues I was able to solve, I noticed that when you use "Quick Look" from the desktop, the preview on my monitor (which is an old Cinema Display) is larger, uglier and the letters look a lot less crisp, and darker, than how they looked when I was using the old Mac Pro tower from 2010 running 10.11.6.
I see that the situation is not better in Font Book (I started using it, previously I handled fonts installment manually), but I can’t tell if this was the same under 10.11.6.

I find this annoying, as it was very handy to have a crisp and clear rendering to compare the letters on the fly after generating a new OTF version, with small drawing corrections.
I wonder if this is a choice on Apple part, affecting representation on the older Apple monitors, and thus unsolvable.
Has anyone running Monterey experienced something similar? 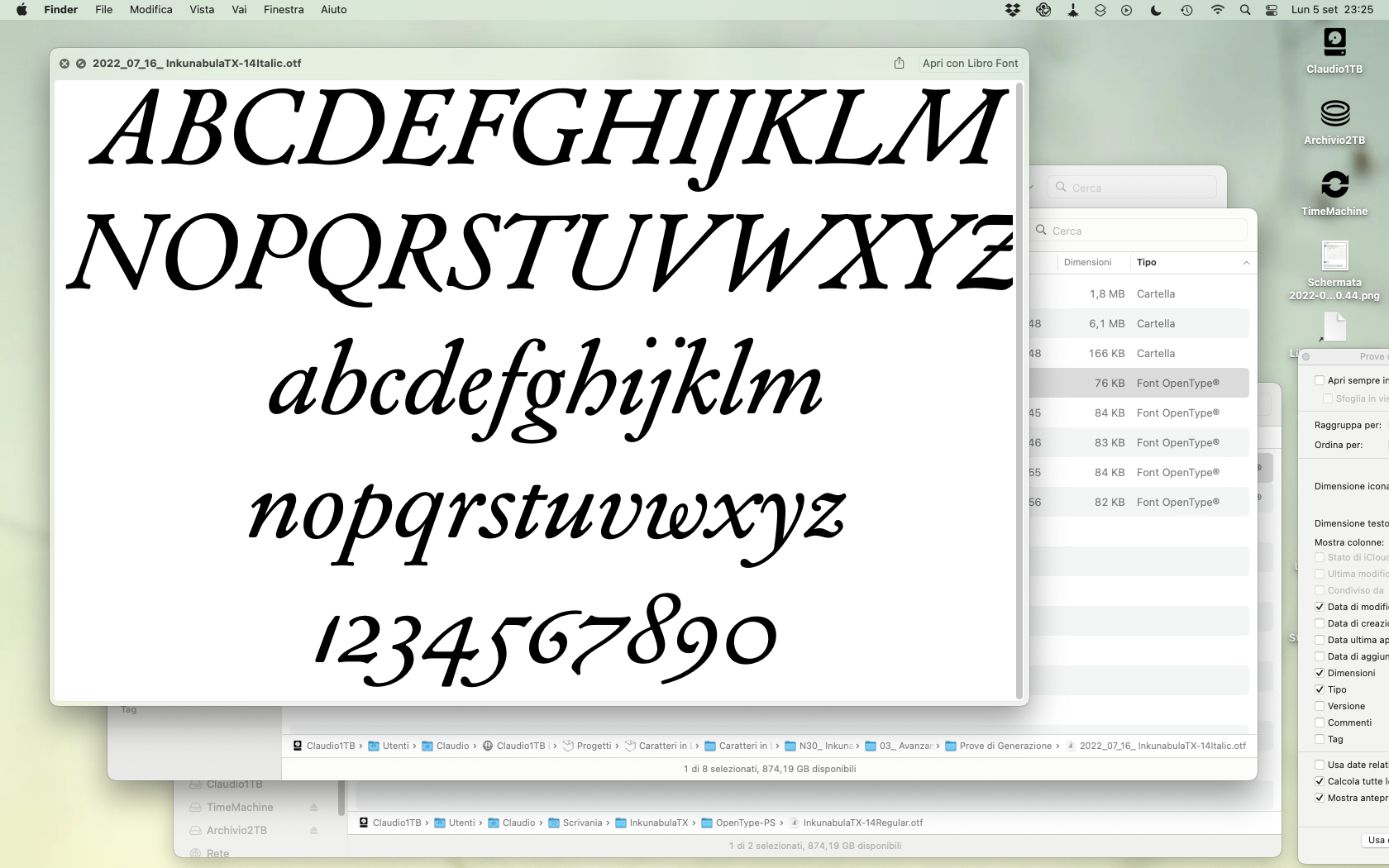