Help to make a connecting font

CalicoStonewolf Posts: 21
August 2022 in Technique and Theory
So I have characters I'm trying to connect together, something that will change depending on the previous character and following character. For the example I'm posting, I have the character b. Separated, they would look like the top line (assuming spaces inbetween each character). If they were typed together (bbb), they would need to look like the second row's example. I know this would need three different glyphs, and more, depending on other characters. I would like it to be that if I were to continue this indefinitely, they would work out like the third line's example, so that there's basically capped characters at the beginning and end. I've managed to work out using single substitution to get the entrance and end characters to connect, but not a middle glyph. How would I go about accomplishing this? 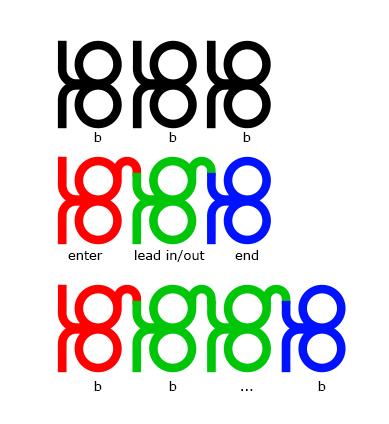