“Type is a beautiful group of letters…” Who said this? 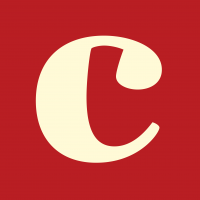 Cristóbal Henestrosa Posts: 46
July 10 edited July 10 in History of Typography
I know it was discussed before somewhere else, but I am unable to find it (probably in Typophile). Sorry. ¶ We all know that the sentence “Type is a beautiful group of letters, not a group of beautiful letters” is credited to Matthew Carter, but I guess he is not the real author. Leslie Cabarga, in his Logo, Font & Lettering Bible (p. 200), quotes Carter like this:
“There are significant differences between designing lettering and designing type. With lettering—for a logo, an inscription in stone, or a piece of calligraphy—you know ahead of time the letters and their order. If a letter occurs more than once, you can vary its form according to how it combines with other letters.
“With type design, on the other hand, you don’t have the luxury of knowing the order. Typographic letters have a single form and must be randomly combinable. And it’s only in combination that letters become type. Sometimes a student who is working on a typeface will show me a single letter, a lowercase h for instance, and ask me if it’s a good h. I say that I cannot judge it in isolation; it is only good or bad as it relates to the other characters in the font. If the student sets the h next to o, p, v and so on, then we can begin to see how it performs in context, and whether it is good or bad, therefore.
“As the saying goes, type is a beautiful group of letters, not a group of beautiful letters. Of course, many typefaces have had their origins in lettering. A classic example is Herb Lubalin’s Avant Garde Gothic, which started life as a logo. The letters had to be adapted from the particular state of a logo to the general state of a typeface, an exercise in versatility.”
— Matthew Carter
So apparently Carter heard it from someone else, because he says “As the saying goes.” It would be great to ask him directly but, in the meantime, anyone has something more solid about the origin of this sentence?
0