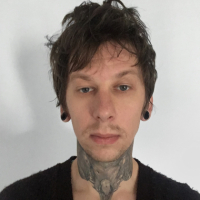 This is the first time I'm asking for a critique. Honestly, I should have done in an earlier works as well, but I was terribly ashamed, since I am a beginner and so on.

In this work I try to convey the spirit of the Early Cyrillic alphabet (which was closer to Greek), and I try to understand where the edge of readability is. The letters like E, F, e, f have radical forms. For example letter F combines both Latin and Cyrillic forms. I know that many in principle will not approve of such experiments.

The question is what in your opinion is better to set as default letters, and what should be transferred to stylistic sets?
I can't find that topic, but someone wrote that the default letters should be recognizable.