What's the rectangle surrounding a font glyph, including its sidebearings, called? 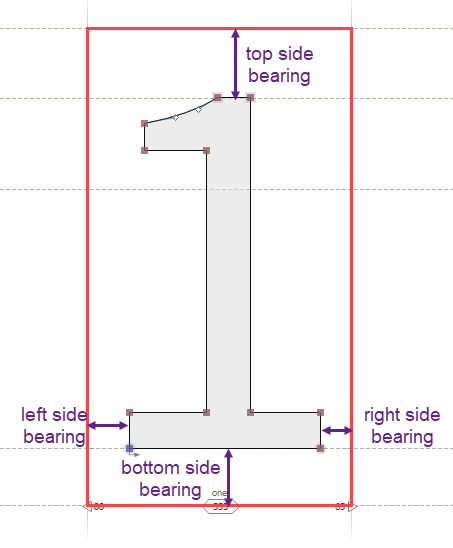