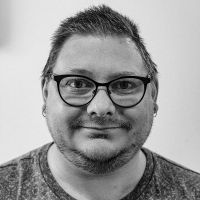 Eris Alar Posts: 231
September 2013 in Technique and Theory
Hey all, just an observation, I was wondering if anyone had some insight.

It seems to me that fonts advertised as having lots of alternate glyphs (usually script fonts) only come with one set of numerals, so if I am setting some text with the number 484 both 4's would be identical.

Is my observation correct? If yes, is there a common reason?
Tagged:
0