bobrob Posts: 2
May 30 in Type Design Software
I am trying to open an OTF file to edit it and remove all the characters I do not need (the file is a Korean font, so it is quite large). When I open the file, every character except A-Z a-z is blank. I have tried opening the file on both Linux and Windows and I'm getting the same result. The font is Noto Sans Korean from Google. I have tried downloading from other sources besides Google, same thing. Is the font restricted in some way that it won't let me edit it?
I searched online and found this similar post, but changing the .bat file's language to Korean and hiding the unused glyphs did not resolve the issue.
I am using the latest release (AFAIK) of FontForge, 20220308.

How the font appears when I try to open in FontForge: 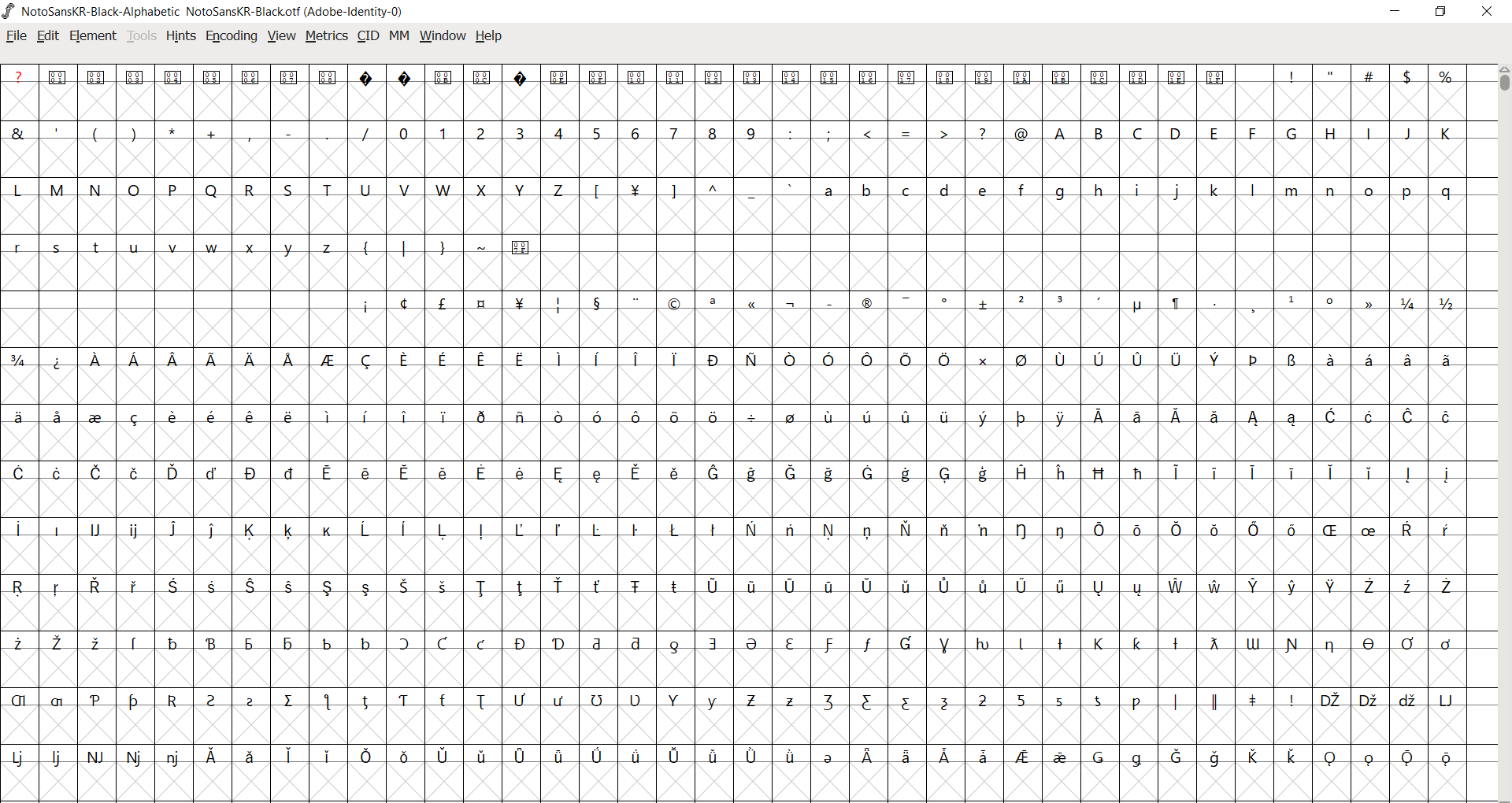 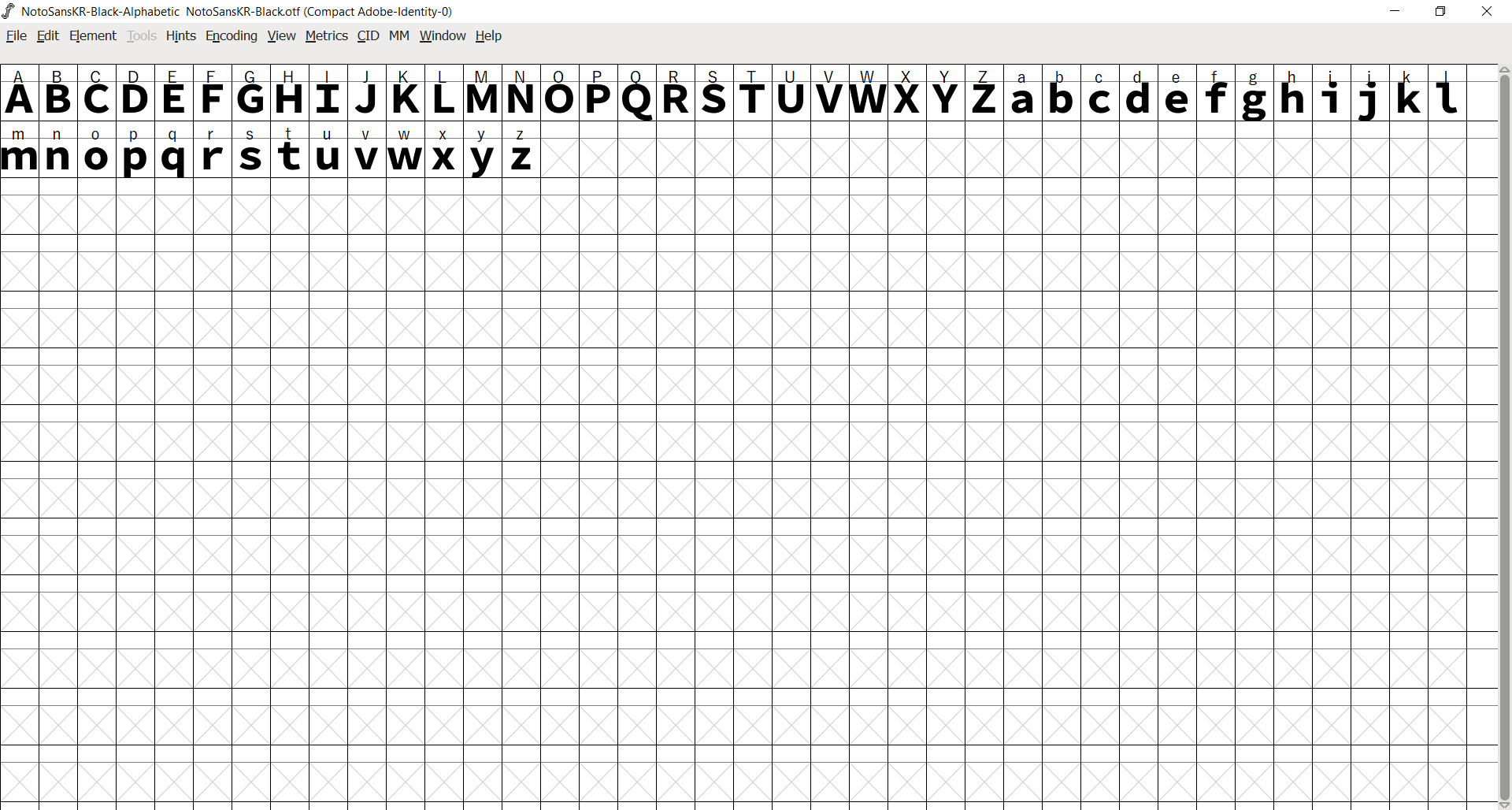