The (real) size of a typeface 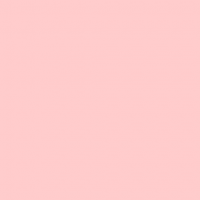 I've been printing some texts these past weeks, as I had some texts I wanted to preserve on quality paper. I first tried the Archer typeface by Jonathan Hoefler and Tobias Frere-Jones. I chose a light weight at 11 pt. Upon seeing the final result, I realized the actual forms of the typeface didn't really seem to shine through when it is set at small sizes.

I conducted a little experiment and tried to give it a go at 25 pt. Obviously, the result is not not be meant for running text in an average book, but the difference is truly astonishing. Whereas Archer seems like a rather run-of-the-mill product at small sizes, it actually reveals all kinds of quirky, cute details and gives off a generally quaint, beauiful vibe when enlarged.

Could someone please tell me why this happens? Are there any typefaces that manage to maintain its basic essence no matter how large or small they are when printed?

Thanks for your help and patience.
Tagged:
0