This should be an Interesting discussion - where do YOU draw the line.

Fontfruits Posts: 37
May 2022 in Type Business
I thought this should make for an interesting discussion

I'd love to hear everyone's ideas on this. The discussion topic is :
Where do you draw the line when it comes to your typeface looking similar to another typeface, considering if it's plagiarism or not.

For instance - There are umpteen versions of Garamond similars out there, and umpteen Helvetica offshoots etc -  that are all of course remarkably close to each other, but different enough to not be considered direct copies. Now I'm not talking about point for point vector similarity ( as is useful in font software copyrights) -  I'm talking about the actual similarity in 'visual shape' and outline of the letters.

I'll give you an example - which actually got me thinking this would be a good discussion to throw in here. Here is an image showing two fonts from different typeface designers. I recognised the similarity between the two as I have a business that uses the original font extensively in our branding, and I use it frequently for collateral and ongoing bits and pieces.

I took it upon myself to make you a little comparison graphic, as I have the original font on hand, and I thought it would be interesting to compare for this discussion.

The yellow one is the original font made around 2 years ago, and the white underneath is a recently released font.

Granted - both fonts have different ( albeit very similar stylish alternates) the basic skeleton of the typeface - the main characters are incredibly similar. It is quite obvious (to me anyway) that the recent release is inspired by the original, when comparing letter over letter. Some of the letters have been widened or shortened a smidgen.

Now, for me - I personally wouldn't get that close. But that's when I thought - this actually happens quite a bit in varying degrees -perhaps others actually have a different ' gauge' on the limits, and what's considered actually 'ok'? If you add extra ligatures and extra stylistic alternates to the typeface - it's then considered different enough to be ok perhaps?

I still not sure I would test the theory though

And now over to you - Where do you draw the line when you design your typefaces? How would you class the example below since we do have so very many 'serif similars' out in the world today? 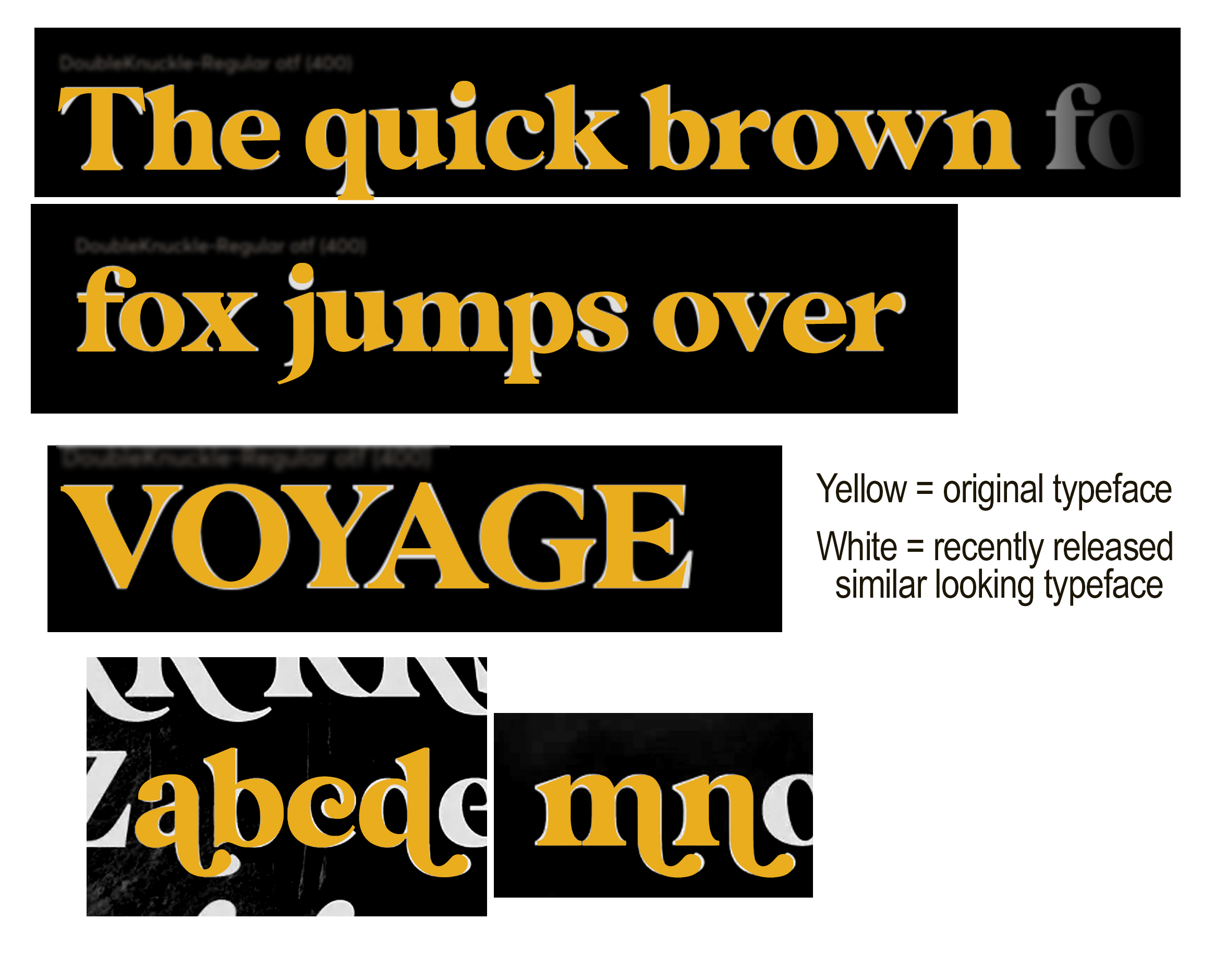