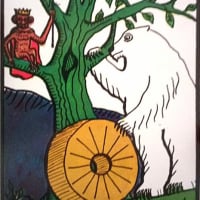 Mikhail Vasilev Posts: 34
March 2022 in Technique and Theory
I've started to write an essay on the topic of legible type design.
Main focus is on glyph structure and determining the optimal shapes for legibility/readability in general.
It is practical work, based fully on experience. The essay should document the results and attempts at forming a more or less structured theory based on the results. At least there are some indications that it is feasable at this point, and that is my major motivation to start with documenting.

The thing is, I haven't found much, if any, directly related literature. It would be good to mention some of other scolar's works but nothing notable yet is found in the Web.
Maybe some of you know such books or articles? I mean directly related to what I do.

Since I haven't found much, it feels like almost no progress happens in the field (after some successfull movements of 16th century whithin Latin typefaces). Was not to expect in our high-tech world, but it seems it is so.