Andreas Stötzner Posts: 684
January 5 in Type Design Critiques
I’d like to hear advice from colleagues who are more familiar with the hebrew script than I am.
This is my first (ever) attempt on that script. 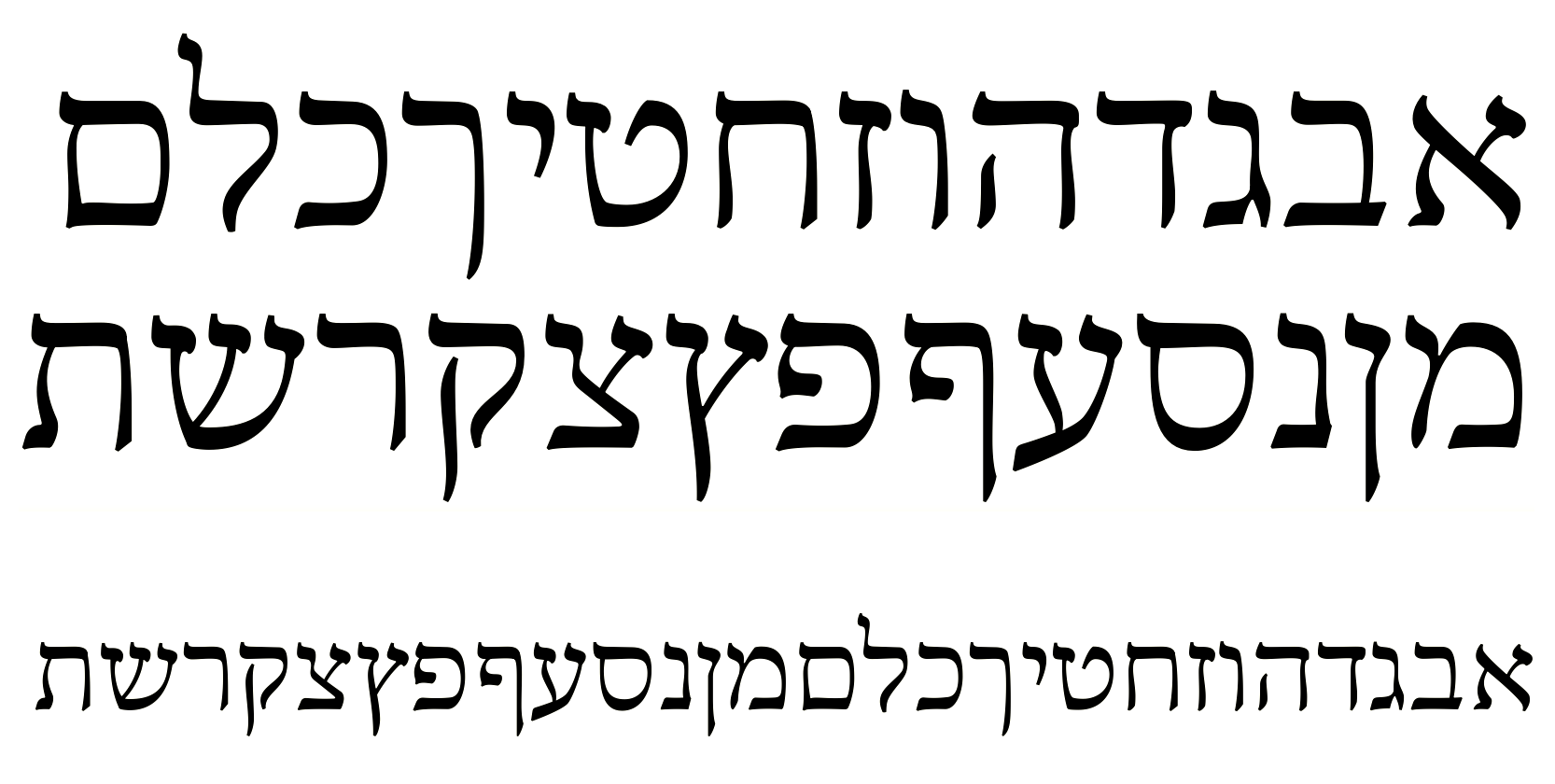