John Savard Posts: 962
October 2021 in Type Design Critiques
In a sense, this could be considered an attempt at type design on my part.
Basically, given that the 5 by 7 dot matrix was used on many computer peripherals in the 1970s, I decided to play with the possibilities of using it for a wider character set... 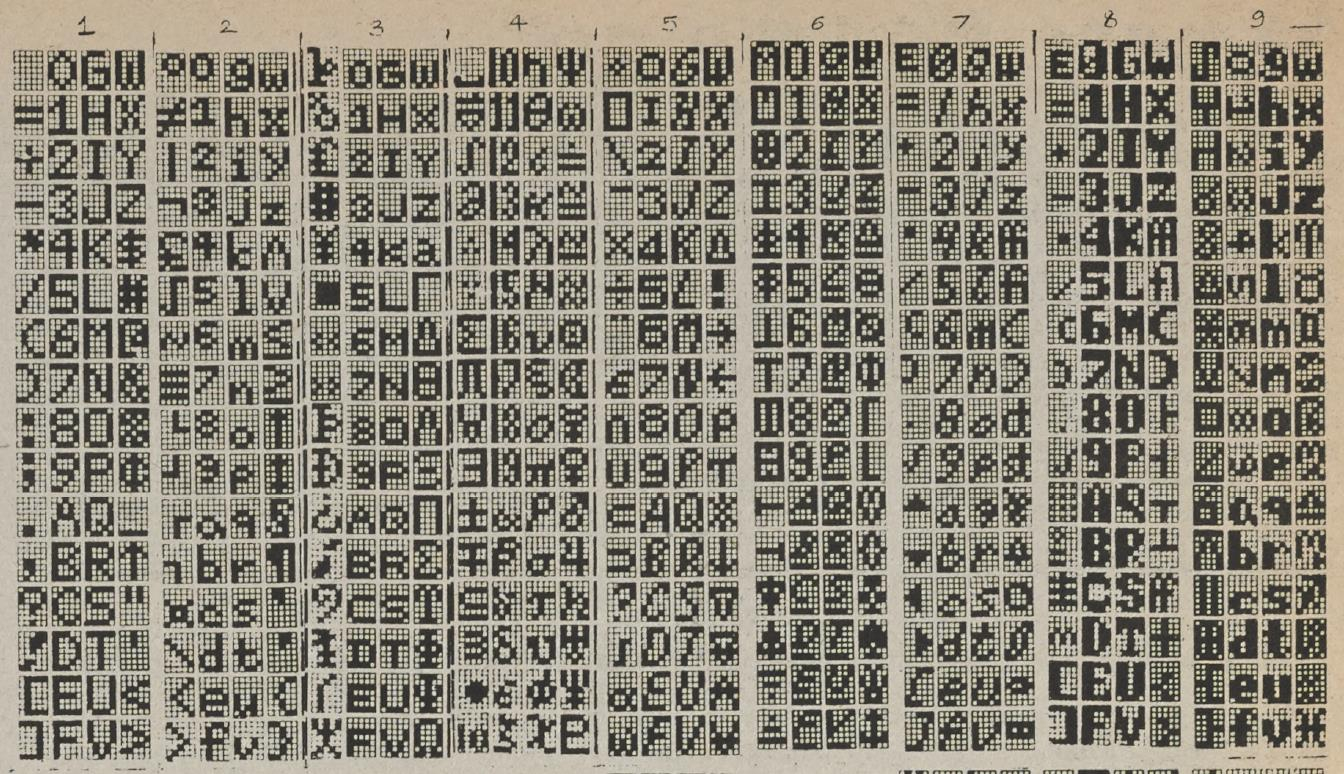 The first 512 characters include upper-case, lower-case, small capitals, Greek lower-case, Italics (and APL) and boldface. And many mathemtical and typographical symbols. Even card suits (plus crown and anchor) and astrological symbols. 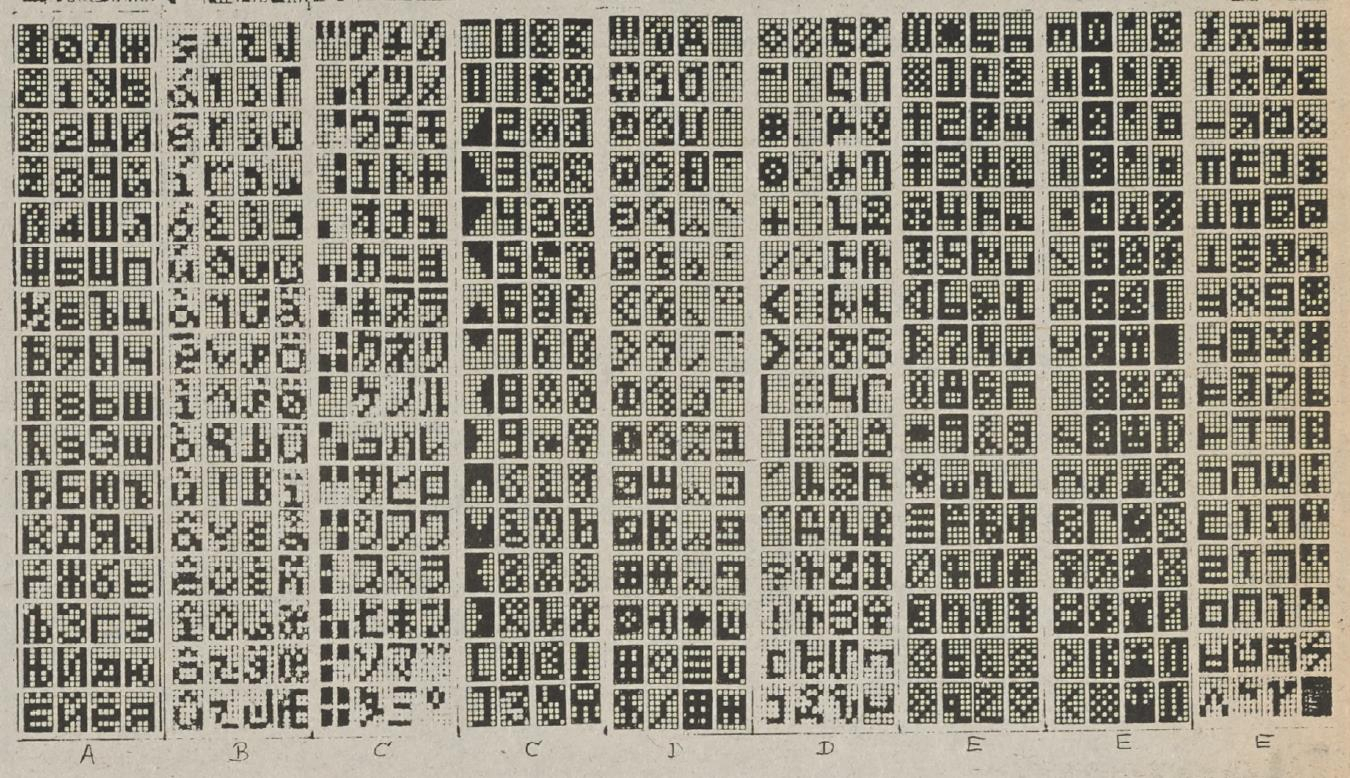 And then the latter 512 characters... Cyrillic, Arabic, Katakana, Georgian, Armenian, and Hebrew. Among the symbols included are the vowel points for Hebrew, the accents for Vietnamese, and chess diagram characters.
5