FontCreator 14, released earlier this week, comes with many new features and enhancements.

The most significant new feature is without doubt the support of variable fonts.

FontCreator allows you to create variable fonts from scratch, but you can also merge existing non-variable fonts into a new variable font. It comes with tools to locate and fix compatibility issues. 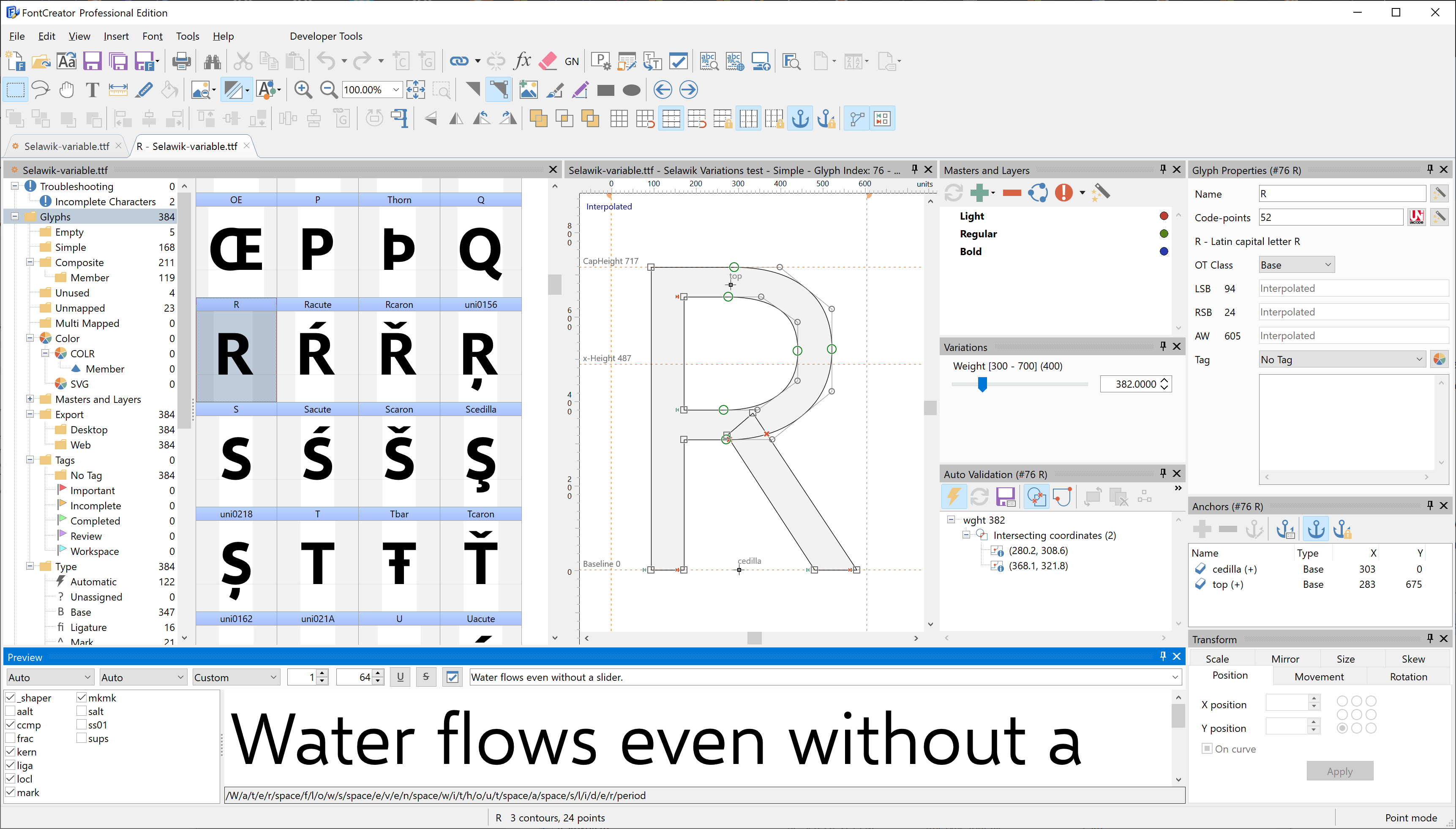 FontCreator is a “what you see is what you get” font editor, so you can proof and test your fonts while making changes at the same time. The OpenType Designer comes with an interactive proofing tool, so you can instantly see how your input text is processed by our shaping engine, revealing all features and lookups that are applied. You can even use axis sliders to proof specific locations in the design space. Feature variations are also fully supported. 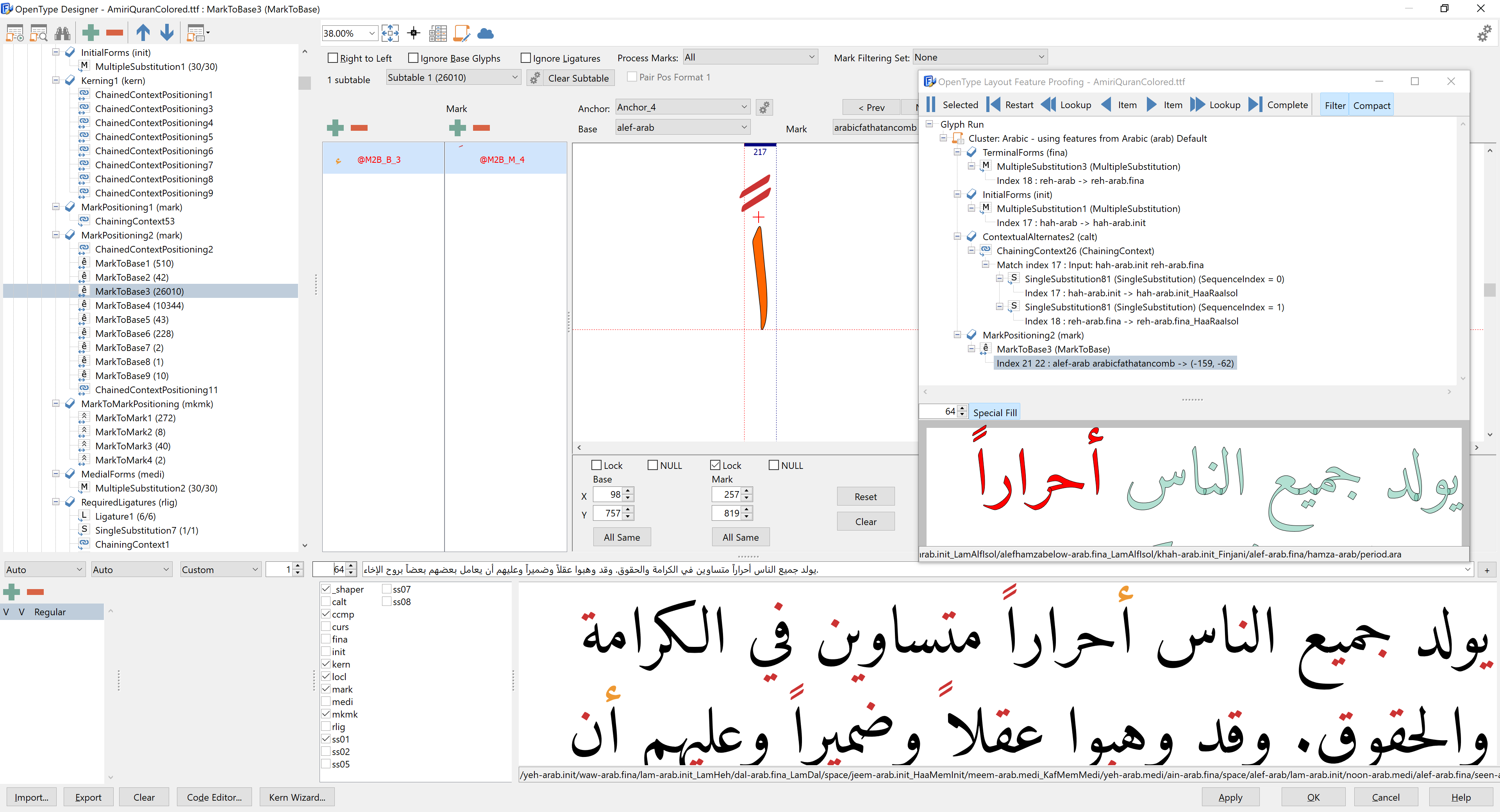 Our font editor is known for its advanced visual OpenType Designer along with the shaping engine which supports most complex scripts, like Hebrew and Arabic. However, FontCreator also allows you to import, edit, and export both VOLT and fea feature code. We even implemented Variable FEA Syntax for glyph positioning (as proposed by Simon Cozens).

With variable font support we also made sure FontCreator can import and export a designspace document along with Unified Font Objects.

Curious about all other new features and enhancements that are included with this new release of our font editor? You can read more about it here: