Alexander Orn Posts: 18
April 2021 in Font Technology
Hi there everybody!

I'm working on a typeface where I imagine some sort of dynamic ligatures playing a big role. The struggle is that I'm not very good at advanced OpenType features, so I'll try to get some help here from someone who's better than me at that subject. Or maybe someone knows of another resource where I can learn this. I've done some googling, but I have not found anything similar to this.

A good start would be to see if what I imagine is even possible, so here is an explanation of my idéa: 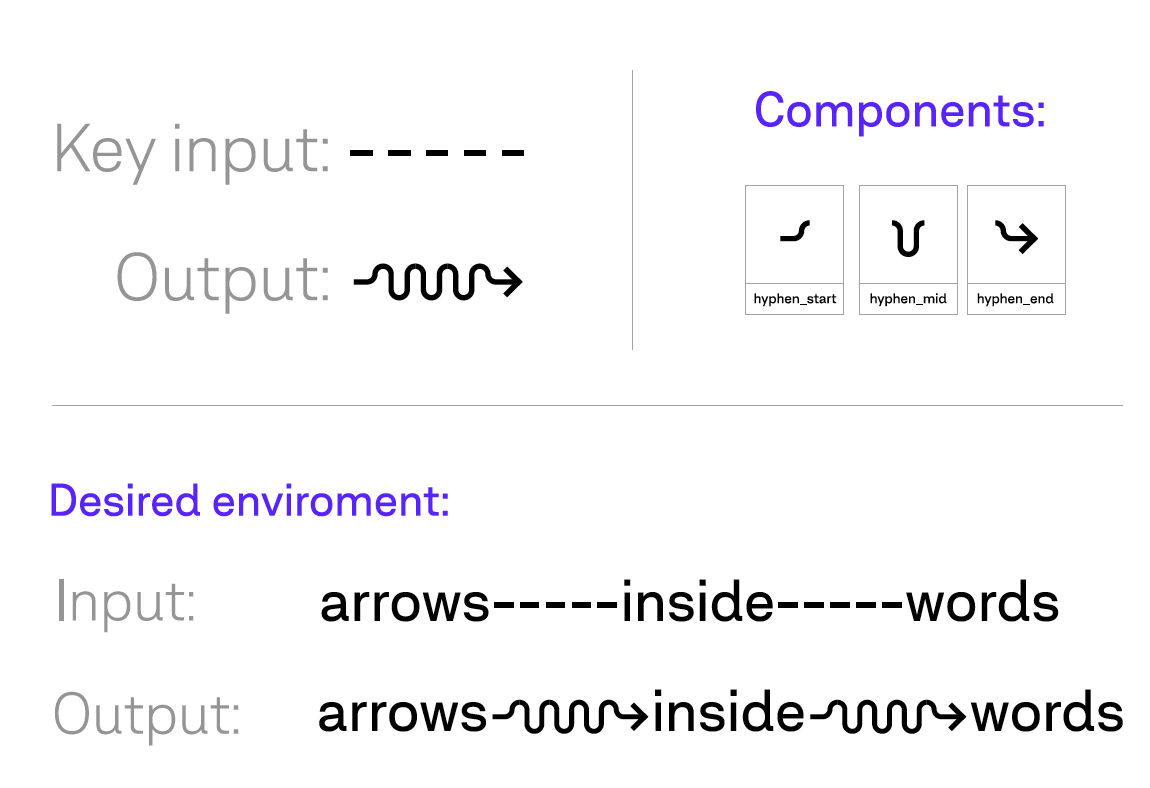 I'd like to create special ligatures for a single letter that has a starting-glyph, a middle-glyph, and an end-glyph.
For example the hyphen:
I imagine there being these three hyphen components i can design.

This concept can then be applied to other glyphs to create some crazy ligatures.

I've attatched a sketch of my concept for some visual reference!