Calluna Sans as an alternative to Scala Sans, but... 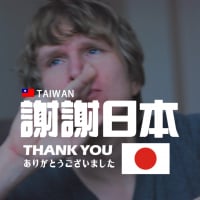 Designing a book based on the layout used in one of Taschen's architectural series which featured Scala Sans for body text. Recreated the layout initially using Scala Sans which I'm enamored here - it seems to be the perfect "voice" for the author and subject matter. Of course Taschen's designers created a perfectly proportioned look amongst all the elements, worthy of study and emulation, but what I have is obviously too derivative, and I've begun customizing, starting with a similar font.

Calluna Sans seemed to fit the bill, after experiments with Martin Majoor's (designer of Scala) and others' designs (Questa Sans, Proxima Nova, Nexus). Calluna is a good approximation of Scala yet with enough distinctive traits to set it apart. However, it's regular weight is a bit heavier on the page and the one light version goes too far. I suppose taking the Calluna 10 pt size I'm using down to 9.8 and slightly decreasing leading is not an option, as it alters the perfectly balanced look between page size and column width that I find the Scala Sans in 10 pt with 14.2 leading here has. Is it not advisable for any reason to use odd point sizes like 9.85 - does it complicate things in any other way?

Thanks in advance for any feedback.