adios Posts: 1
March 2021 in Type Releases
Hi.
It seems that there is more than one version of the font Noto Sans. I noticed this first when I received a PSD file using Noto Sans. Upon opening the PSD for some reason it was showing up like I was missing the font. This was strange because I absolutely have Noto Sans installed.
I also tried uninstalling my version of Noto Sans and activating Noto Sans from Adobe TypeKit. That didn't help.

So I started to check whether there might be other versions out there.

In my search I found two sources of Noto Sans from a Google.com domain webpage--

I found one source of Noto Sans (which I think is what I have installed) here::
https://www.google.com/get/noto/#sans-lgc

Then I found a different source, also from Google:, but with a much more limited variation of weights:
https://fonts.google.com/specimen/Noto+Sans?preview.text_type=custom

So I tried installed Noto Sans from :that different source. That didn't help either. The PSD was still coming up with that text layer showing Noto Sans missing.

What I DID find though is that shockingly the two versions of Noto Sans, both downloadable from a Google.com associated webpage are not exactly the same!

Here they are together. Notice the height of the ascenders of the k and the d relative to the dotted i and j
TOP - from the 2nd link (fonts.google...)
BOTTOM - from the 1st link (google.com/get/noto...) 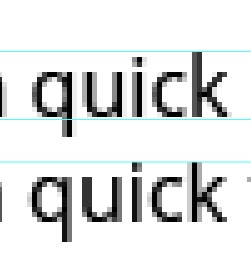 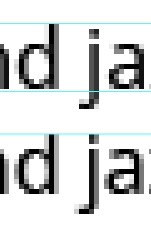 I've checked scaling and everything. I don't see any obvious reason why the those two text layers would look different, other than if the fonts themselves were different. The only thing I did notice is that the text layer with the mysterious missing version of Noto Sans has Standard Ligatures pressed, also I noticed that the Open Type Stylistic Alternates is available (though not pressed) 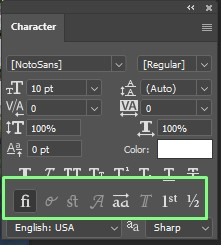 For the text layer containing text set to my installed version of Noto Sans, those options are grayed out. 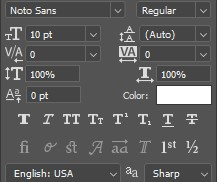 So my questions are:
Thanks!