Hi, I’ve made an extended colorfont (Latin Extended glyph set incl. kerning) with Glyphs which works well in design apps and browsers. When I’m in Word (16.46 on Mac OS 10.15) or PowerPoint and start typing, I get strange seemingly random scaling of some glyphs (see images) very frequently, sometimes all flips to the right size once I hit return to go to the next line. When I paste text all works well. I’ve generated the font as ttf and otf, with COLR/CPAL and/or SVG, all fonts appear to have the same issue in Word and PowerPoint. 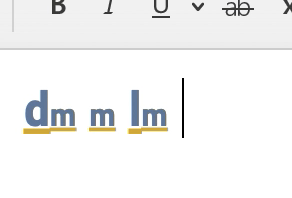 Does that ring any bells?