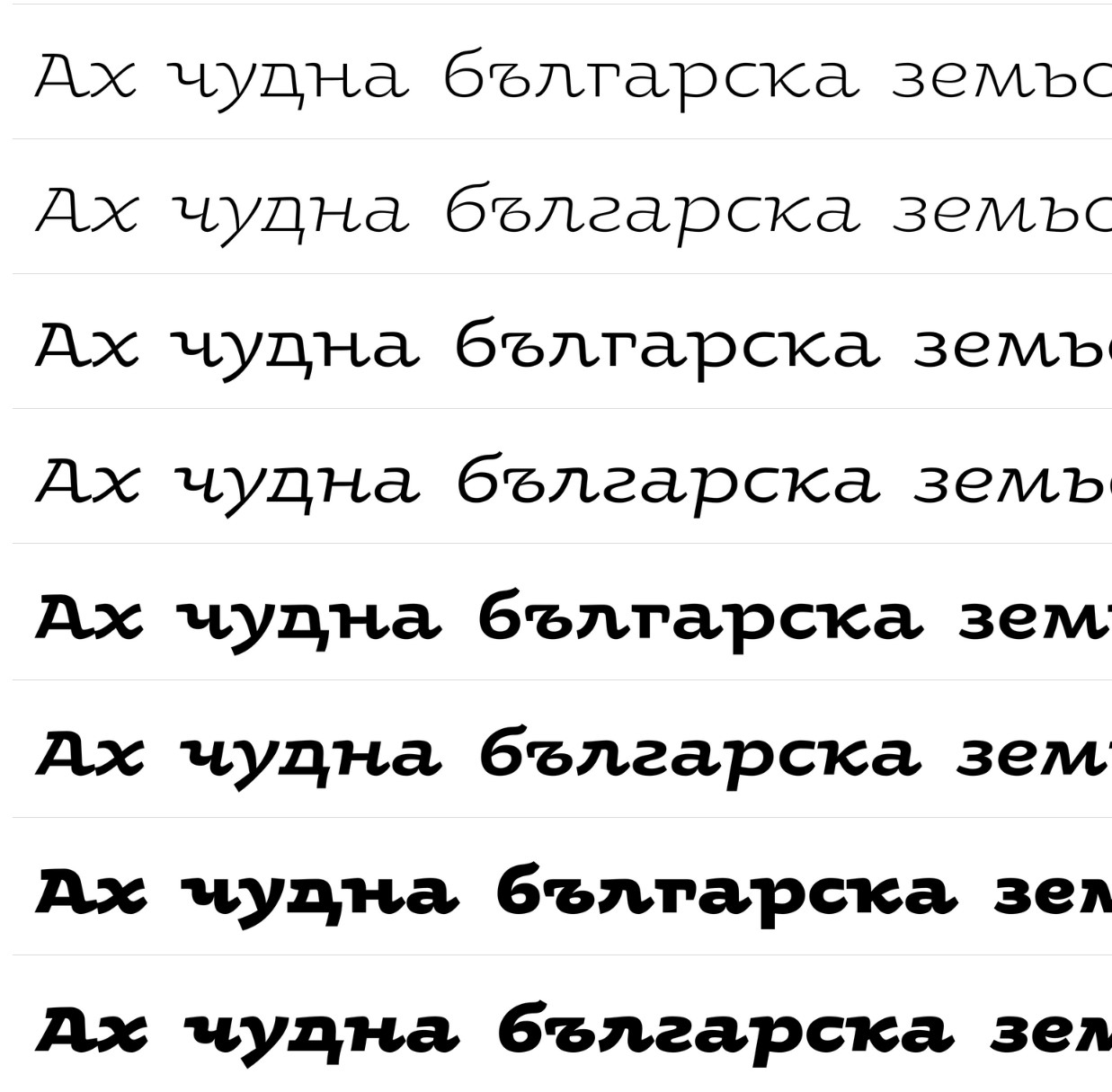 Oksana overall strikes me as a charming design, but I've been curious about some of its solutions. Most notably, the single-descender de – is that a done thing? is it meant as an intermediary form between print and handwriting?
I'm also intrigued by the hard sign which seems efficient, spacing-wise.
Tagged:
1