Mohamed Gallah Posts: 1
July 2020 in Font Technology
Hi,
I'm working on implementing some OT features like fractions, (ayah, year, page-number, footnote etc) marks/symbols for arabic type face.
For fractions, I used 'fractions fever' script as a base for my hindi and persian numbers, it works as expected in FontGoggle, but show up inverted in Adobe Indesign/Illustrator and does not work at all in MS Word.
The other marks/symbols work as expected in Indesign/Illustrator CC 2020 but not as expected in MS word and older Adobe apps.
Here is some screenshots:
Fractions in FontGoggle: 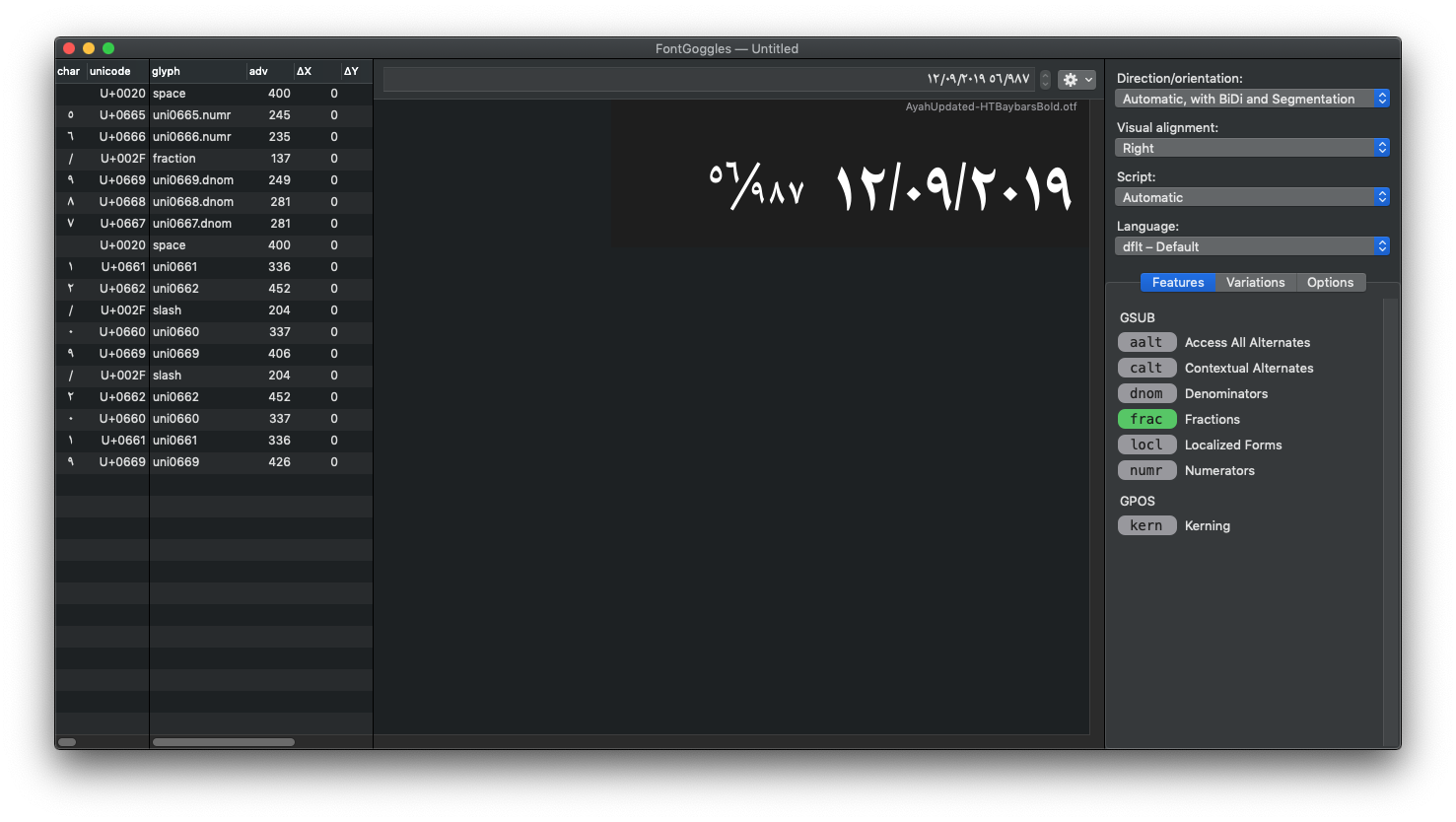 Fractions in Adobe CC 2020 apps: As you can see, 'Character Direction' should be set to RTL for the fraction to work, and yet it shows up inverted: ٦٥/٨٧ ٨٩/٧٤ 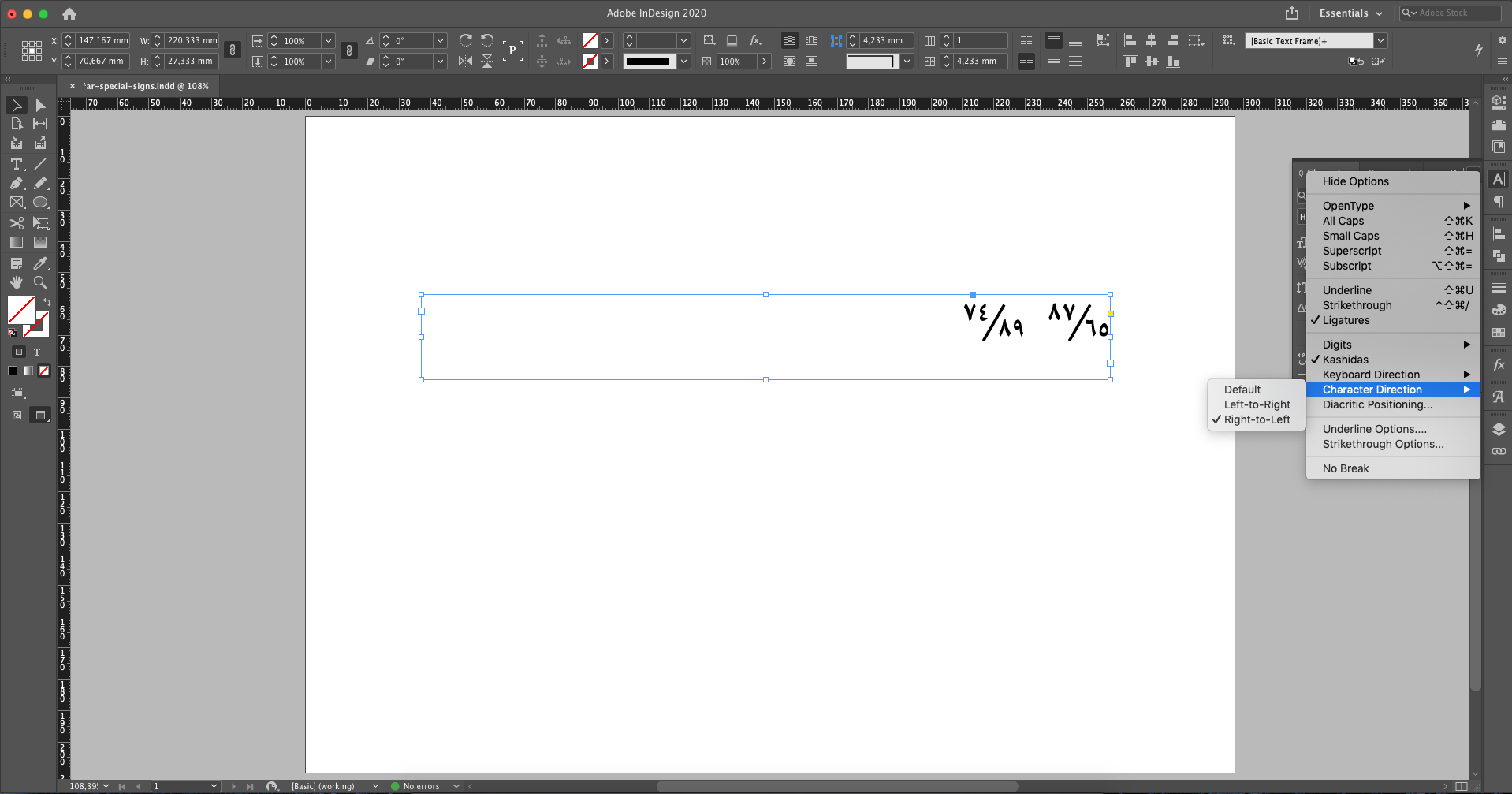 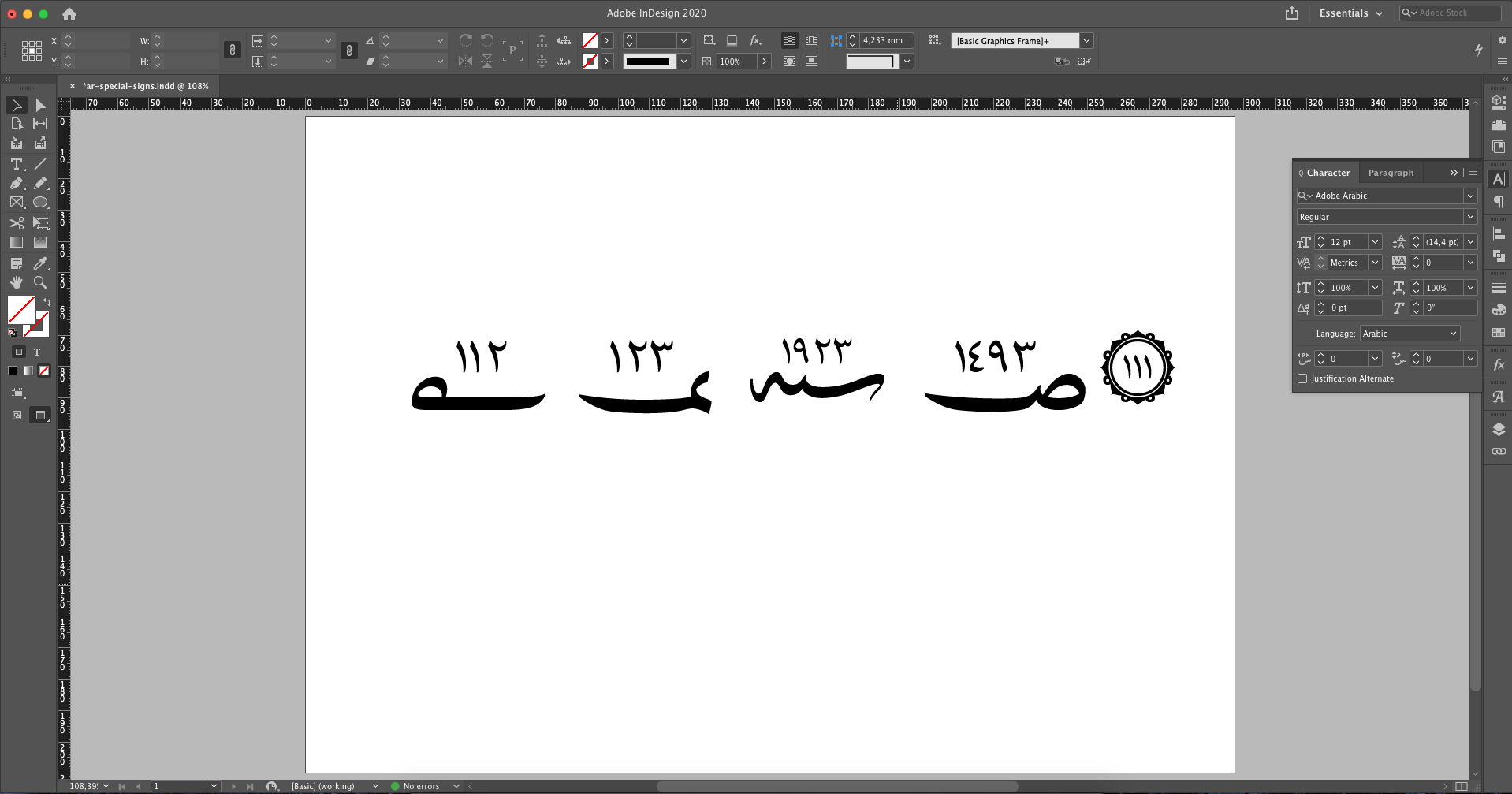 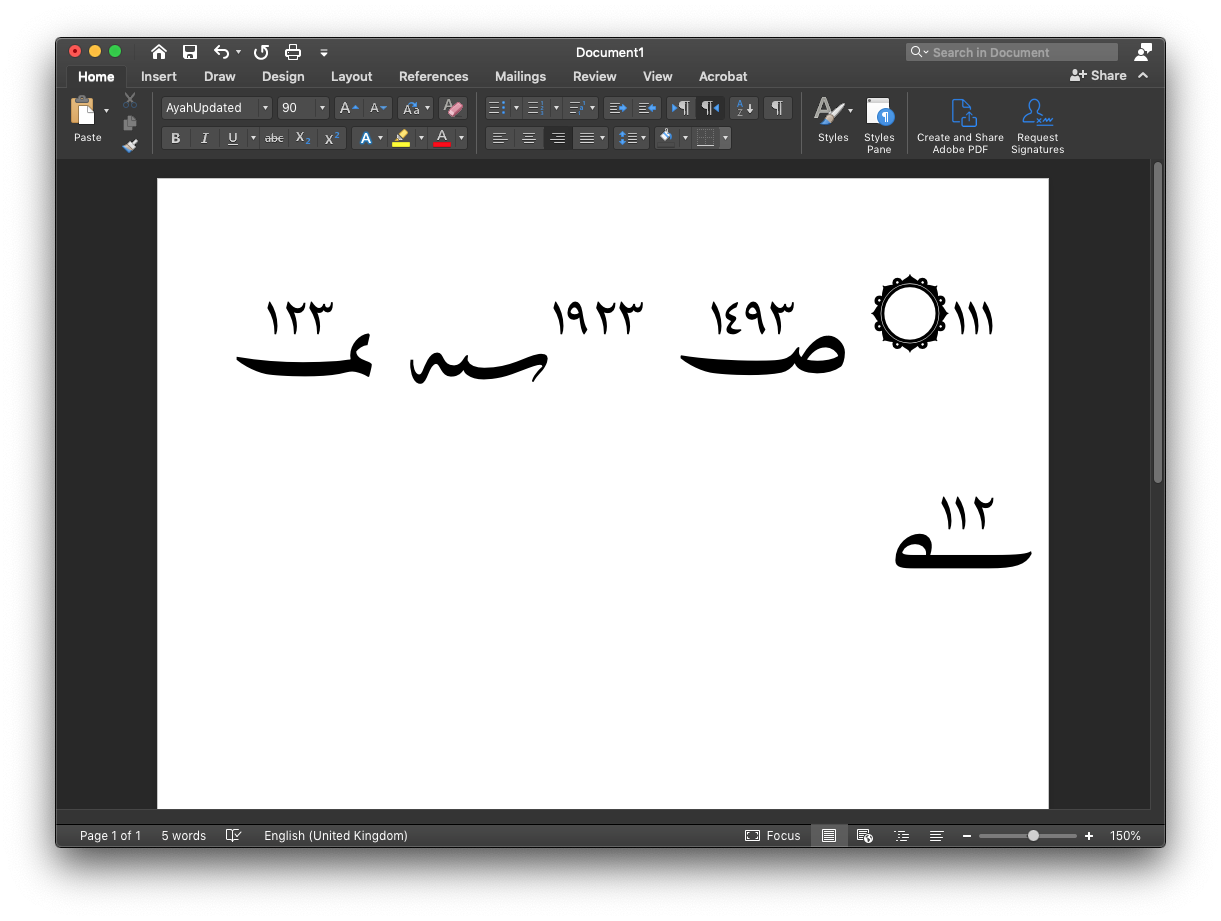 Fractions OT code is automatically generated by a modified version of Fractions Fever. The rest is hand coded. I'm using Glyphs as type design software.
page.txt file contains code used for page symbol that goes under calt feature (I tried to put it under rclt but it did not work)
number.txt file contains code for number symbol with different approach (but it does not work if I use one or two nombers, only works with three numbers)

What do you suggest to improve this? Is it good to put those symbols code under contextual alternates? or you have a better suggestion for them?
And thank you in advance.
number.txt 1.5K
page.txt 1.2K
Tagged:
0