Can a newly designed script be owned/privatised/copyrighted? 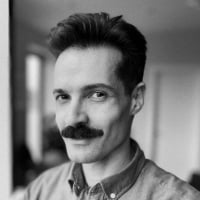 Paul Hanslow Posts: 113
June 2020 in Font Technology
I had a discussion with Deborah Anderson (Researcher in the Department of Linguistics who runs the Script Encoding Initiative project) about how one might attempt to encoded a script in Unicode if the script's creator is against it being encoded. I'm aware of the usual route of submitting a proposal to the Unicode Consortium, receiving feedback, etc etc. However, if a script is developed—which includes new letterforms/shapes—and the creator wishes for this script to remain private for his own usage, how far do their legal rights stretch? It raises some of the following questions:

1.  Can the creator of the script block its Unicode proposal and on what grounds?
2.  If yes, are they in their legal right to do so?
3.  Can the shape of a letterform or an entire script be 'privatised'?
4.  Has there been any examples in history of similar occurrences? The Romain du Roi could be used as an example but that's more about the forms of the pre-established Latin than a new script.

One solution is to digitise the script and use encodings from Unicode's Private Use Area (PUA), but I'm not considering this a desirable solution. I'm posting this on TypeDrawers to generate discussion and hear what others have to contribute.