Simon Cozens Posts: 421
June 24 edited June 24 in Font Technology
For anyone who hasn't seen it on Twitter already, I have created a tool called Crowbar which will help you to debug shaping/layout issues. It's web based, but it runs on your own browser so you're not uploading fonts anywhere. Source code is here. 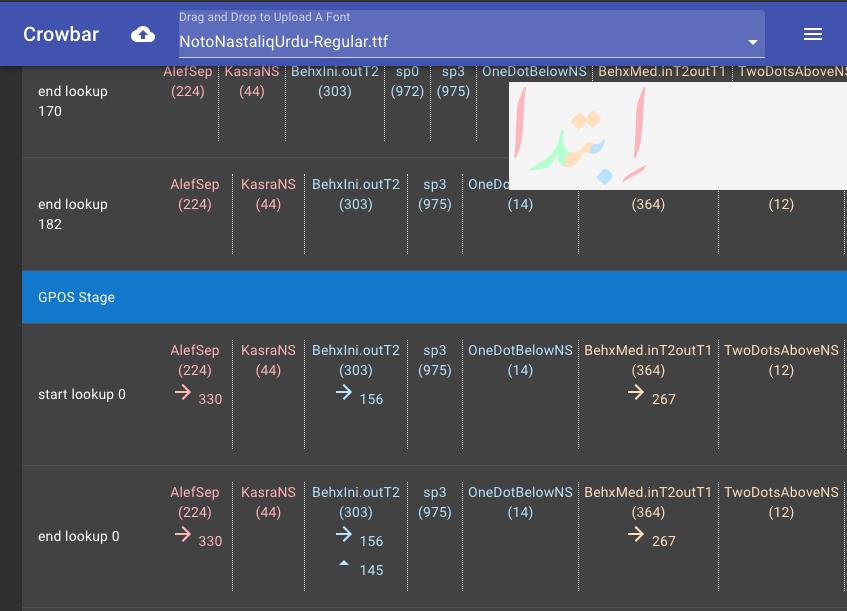