Regular and italic with the same character widths 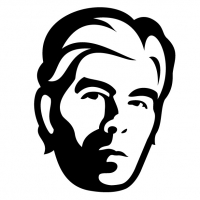 Sander Posts: 12
June 2020 in Technique and Theory
Hello all,

I am designing a sans serif typeface and want to apply the same character widths for the italic as I used for the regular font. What are the advantages and disadvantages of this decision? Are there specific problems that I will come across? And are there publications about this specific subject?
Tagged:
0
«12»