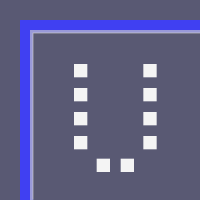 Uwe Waldmann Posts: 8
June 2020 in Technique and Theory
We know that in Navajo, the ogonek should be centered, whereas in Polish (Ą, Ę, ą, ę) and Lithuanian (Ą, Ę, Į, Ų, ą, ę, į, ų), it should be attached to the rightmost part of the letter (except for Ų, where it's centered if the U doesn't have a downward stroke at the right side).
What does that mean for Lithuanian "Į" and "į"? If there is neither a serif nor a curved terminal at the bottom, then there is only one choice: attach the ogonek to the stem. If there is a curved terminal, the ogonek gets attached to the terminal. But what happens if there is a serif at the bottom, and in particular, if the serif is as large as in, say, Courier? Do Lithuanians attach the ogonek to the stem in this case, or is the serif considered as an integral part of the letter, so that the ogonek gets attached to the right end of the serif instead?